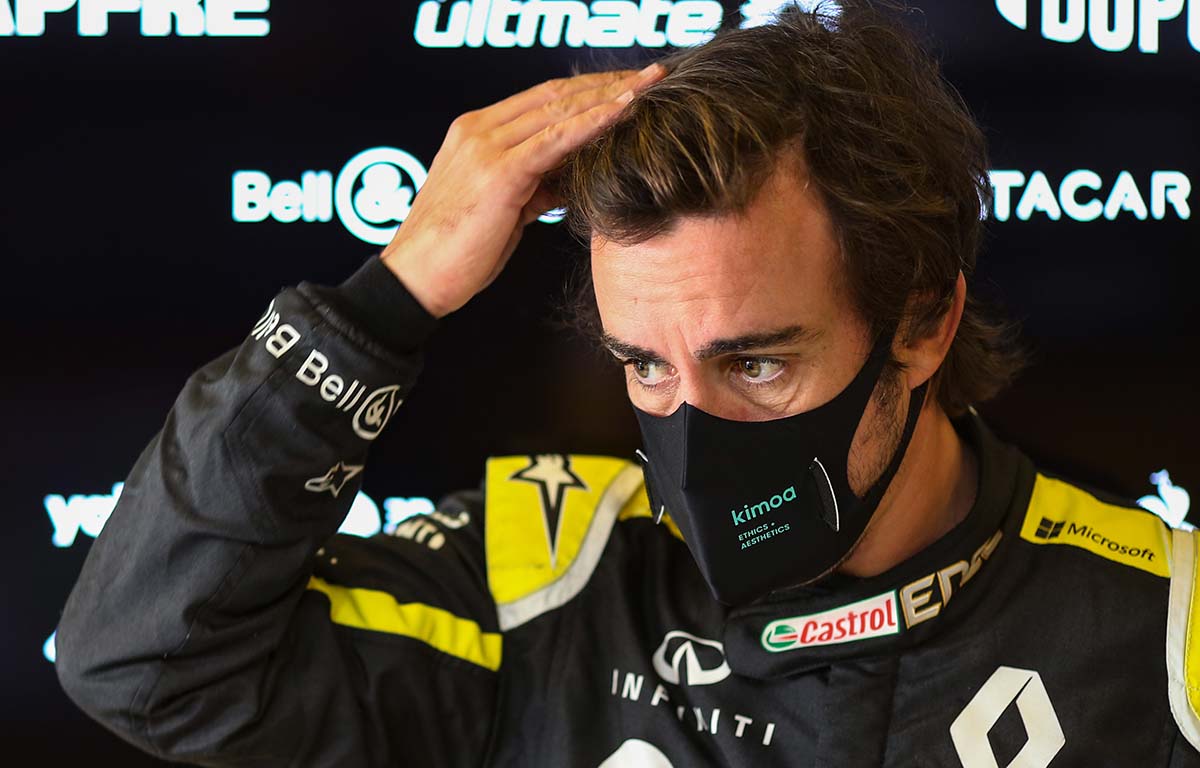 Fernando Alonso has been admitted to hospital after being involved in a bike accident in Switzerland.

Details first emerged via Italian publication La Gazzetta dello Sport, who reported that the two-time World Champion was struck by a car when out training on his bike on the streets of Lugano.

That report also claims that Alonso has suffered ‘multiple fractures’ but other leading sources are saying his injuries are not as serious as that article suggests.

According to BBC Sport’s Andrew Benson, he has heard ‘from sources close to Alonso that he has a broken jaw and will be taken to Bern, where there is a specialist unit for such injuries’.

The accident has been acknowledged by his team, Alpine, but they did not confirm at this stage the extent of Alonso’s injuries and the severity of them as he is set undergo more examinations on Friday.

Alpine said: ‘Alpine F1 team can confirm Fernando Alonso has been involved in a road accident while cycling in Switzerland.

‘Fernando himself is conscious and well in himself and is awaiting further medical examinations tomorrow morning [Friday].

‘Alpine F1 Team will not make any further statement at this point in time. Further updates will be given tomorrow.’

Alonso was continuing his preparations for his eagerly-anticipated return to the Formula 1 grid after spending the last two seasons away from the sport.

The three-day pre-season test in Bahrain is a little over a month away on March 12-14, while the Bahrain Grand Prix, due to be Alonso’s first race back in Formula 1 since Abu Dhabi in 2019 is on March 26-28.

Alpine has so far yet to announce anyone as their reserve driver for the upcoming 2021 season, but Sergey Sirotkin was the man in that role for the team formerly known as Renault in 2020.

The Russian driver has previous Formula 1 experience having partnered up with Lance Stroll at Williams during the 2018 campaign.