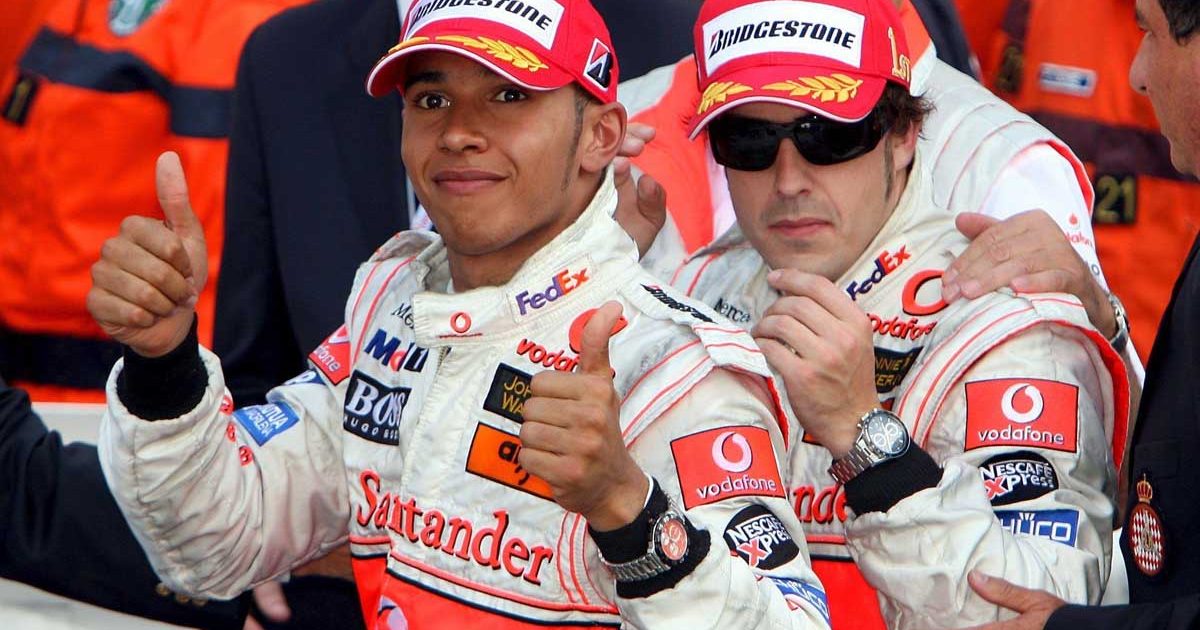 Fernando Alonso has laid the blame squarely at the feet of McLaren for how his and Lewis Hamilton’s relationship at the team unravelled in 2007.

Alonso arrived at the team after winning the last two World Championships with Renault, alongside a rookie Hamilton who appeared on the podium in each of his first nine races at McLaren, which defied the initial thoughts of the Spaniard heading to McLaren as a de facto number one driver.

The two sparred on track and their rivalry appeared to come to a head when Alonso stayed stationary in his pit box during qualifying in Hungary, which prevented the young Briton from setting another flying lap – much to the chagrin of his team.

The pair also duelled on track in Indianapolis, with Alonso making a gesture to his team by swerving to drive close to the pit wall as he could not get past Hamilton for the lead of the race.

Alonso and Hamilton’s relationship breakdown is well documented, but they have long since made up and are on good terms now, but the Spaniard doesn’t blame the now-seven-time World Champion for that animosity – but the team instead.

“2007 was a very important season for me,” the double World Champion told Sky Sports.

“Lewis came into F1 like a tsunami with all his talent and abilities and results, immediately results – that was intense and also challenging for everybody.

“Looking back, and I think Lewis will think the same, we have no issues between us, we had a very tough competition, but fair. Honestly, I think and him as well, the team didn’t handle the situation.

Alonso ended up leaving the team to head back to familiar surroundings at Renault after just one season with McLaren, ending a tempestuous relationship early.

The two greats have continued to have exciting battles on track over the years, on show again in particularly thrilling fashion at the Hungaroring at the last race.

Alonso showed an extraordinary display of defending to keep Hamilton behind, who had been lapping up to three seconds per lap faster than the Alpine – to help team-mate Esteban Ocon on his way to victory.

Hamilton said afterwards that Alonso had given him “hell” out on track, but respected the “great racing” between the pair.