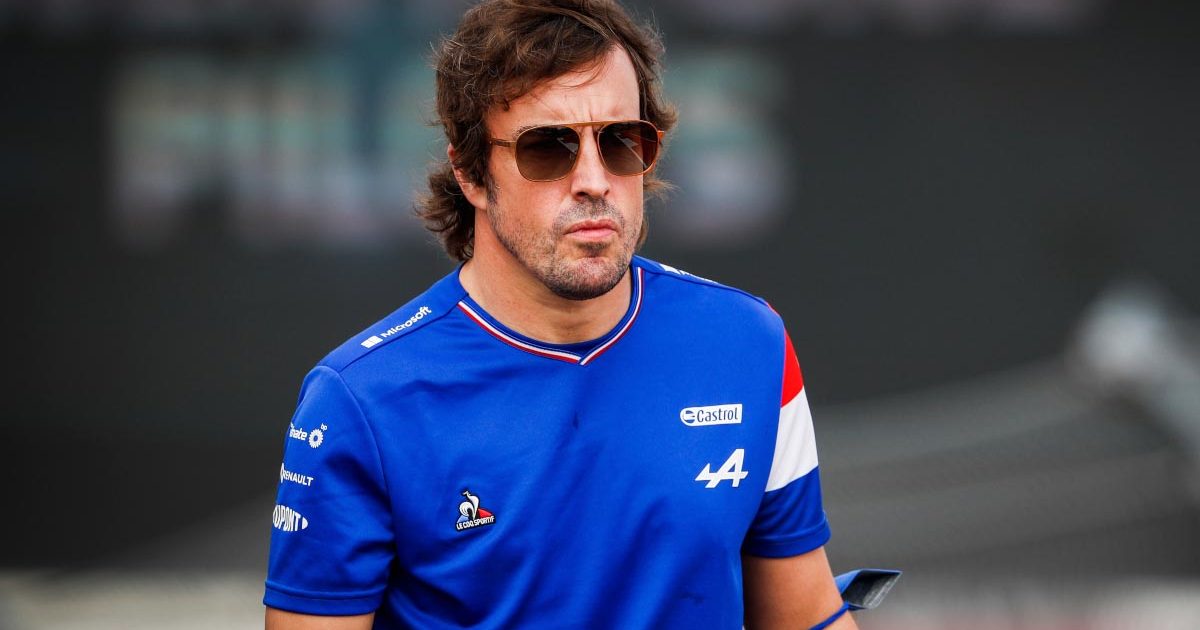 Alpine revealed Fernando Alonso had an “operational issue” in his car which caused him to pull over at the start of FP1 for the United States Grand Prix.

The two-time former World Champion pulled off track at Turn 12 in the opening minutes of practice and liquid was seen pouring from underneath the car, which subsequently brought out the red flag.

However, the team were able to recover the car, fix the problem and get the Spaniard back into the session, but Alonso admitted things had not run smoothly for him on Friday – and suspected a malfunction with the water system led to his stoppage.

Coupled with a slide off the track at Turn 19 in FP2, which saw him fly backwards towards the barriers and touch them before getting back to the pits, he admitted his Friday was not his best.

“It was not easy today,” Alonso told Formula1.com. “I think not a super-smooth Friday for us. An issue in FP1 and then a spin in FP2.

“So, some work to do tonight. I think the performance is not unlocked yet on our car and we are struggling with the balance. So let’s see – a lot of work to do.

“I think [the issue] was something on the water system, so we had to stop because the engine was running with hot water at that point.

“So they did a good job to fix it and I still did some laps in FP1. But as I said, we were not happy with the balance, with any of the tyres, so still some work.”

Friday done. Some work to do for tomorrow. Nice to be back at @COTA 🇺🇸👍 #alpine #f1 #Austin pic.twitter.com/uHZvxnF4lx

Alpine racing director Davide Brivio expanded on Alonso’s issue, adding “no physical damage” was on the car after the issue in FP1 – but he felt Esteban Ocon’s running constituted a better day on his side of the garage.

“It was not our strongest Friday of the season today,” Brivio said in Alpine’s Friday debrief. “For Fernando especially, it was more complicated than usual.

“We had an issue in FP1 which was quickly fixed, with no physical damage sustained to the car, and then in FP2 he lightly hit the wall at Turn 19 towards the end of the session.

“So he missed out on some track time today but it was a more productive day for Esteban. Now we will try to use all the information we collectively have to improve for tomorrow.

“There was some pre-weekend talk on the bumps here, they are an issue but the drivers are trying to adapt to it together with the car.

“We are looking forward to tomorrow, we will keep working and we aim to make some improvements.”