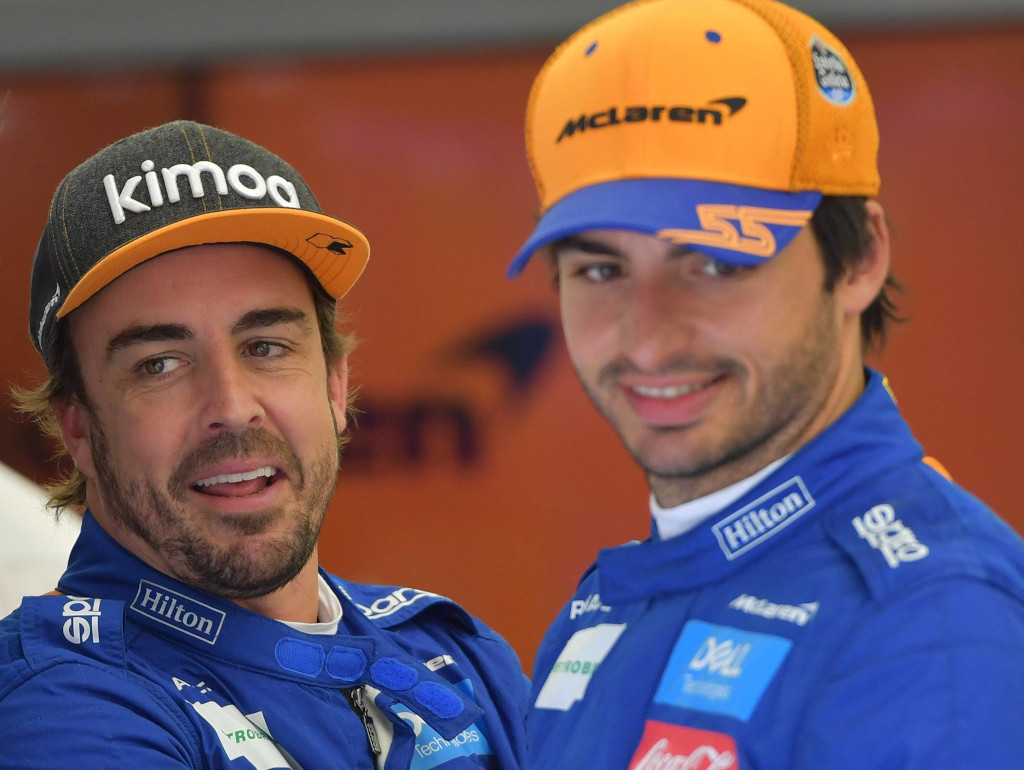 Carlos Sainz will be a Ferrari driver next season after being quickly confirmed as Sebastian Vettel’s replacement, following the decision that the four-time World Champion’s contract with the Scuderia will not be renewed.

There is an expectation that Sainz is heading to Ferrari to be a number two driver to the main man Charles Leclerc, but other pundits, such as Jenson Button, feel that the Spaniard has the qualities to “give Leclerc a run for his money”.

Domenicali, meanwhile, thinks Sainz’s good friend and compatriot Alonso can be a very useful asset to him as he prepares to make the switch next year.

“I think that at this point Alonso will help him a lot in his adaptation,” Domenicali told AS.

“Fernando and Carlos are very close friends and I think that he and his father will be able to pass on their experience to him.”

Domenicali also underlined the importance of the connection between Ferrari and Spain, and Sainz will have added pressure once he becomes a Scuderia driver.

“The connection between Ferrari and Spain is something very important,” he added.

“First with Fernando and now with Carlos Sainz. It’s a new opportunity for a Spanish driver to be champion with Ferrari

“Carlos is very strong, both on the track and mentally. When you are the son of a world champion and you arrive in F1 you have to be very good.

“It will be important to prepare well this year to be able to withstand the pressure of Ferrari.”