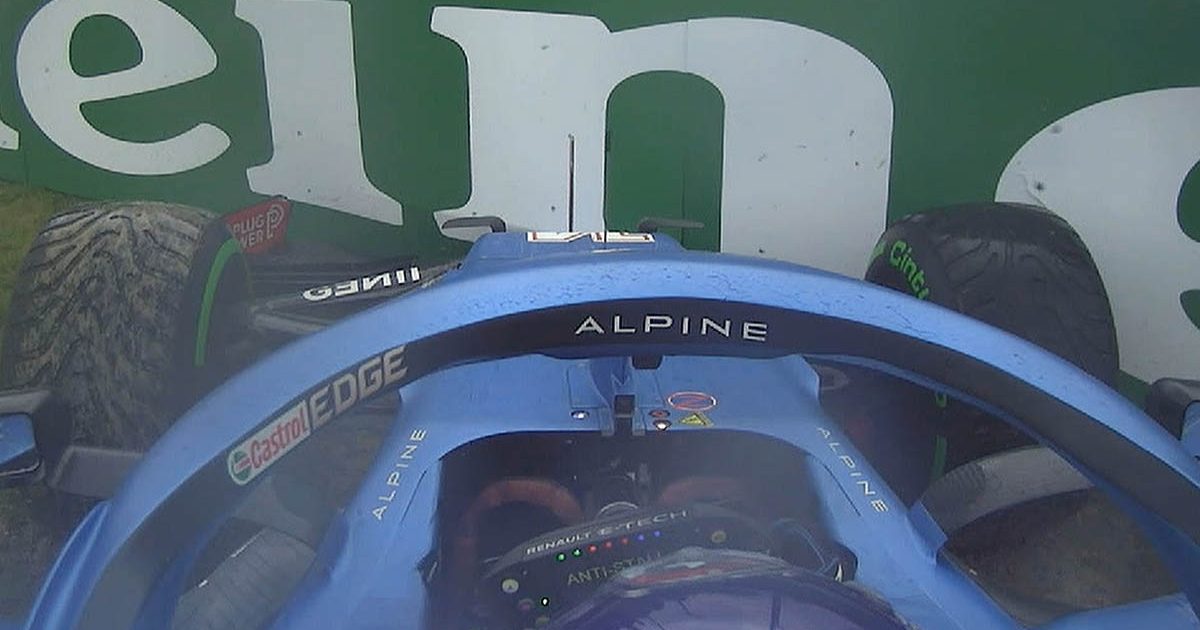 It was a chaotic start to the Emilia Romagna Grand Prix at Imola before the lights even went out, with a sudden downpour setting the scene.

A little rain shower or two was expected in the lead-up to the second round of the 2021 season, but a heavy downpour caught the drivers and teams off guard before lights out.

On his way to the grid, two-time World Champion Fernando Alonso slid off the track and into the wall at Tosa, which required Alpine to fit a new front wing to the Spaniard’s car.

Alonso in the wall!

The 2005 winner at this circuit slides off at Tosa and crunches the front wing 😱 He makes it back in the pits for repairs#ImolaGP 🇮🇹 #F1 pic.twitter.com/RnLmYp40vW

But that wasn’t the only dramatic moment before the start of the race. In fact, there was three!

Valtteri Bottas suffered a tyre puncture on his way to the grid and urgent action was needed at Aston Martin as Lance Stroll’s brakes caught fire.

The fact that some parts of the track were dry while other areas were wet through did not make starting tyre choices any easier. But the dry tyres were ditched for a mixture of intermediates and wets up and down the grid.

“It’s going to be such a great unknown,” Martin Brundle said via Sky Sports F1.

“Nobody has been around this track on the intermediates or the wets. It will be a magical mystery tour for most of them.

“Where do they hit the brakes? How much grip do you have when you get to the apex of those really wet corners? That’s where the skill and the sixth sense of where the grip is will really show up.”

On the grid, Lando Norris reported: “It’s a bit like Spa normally! A lot of opportunities this race, it’s going to be a long one.”

Mercedes reported that another light rain shower was on the way five to 10 minutes into the race, but no more heavy rain was expected.

But still the drama did not stop there. Issues were also found on Sebastian Vettel’s car, forcing him to start from the pit lane and Charles Leclerc spun on the formation lap!