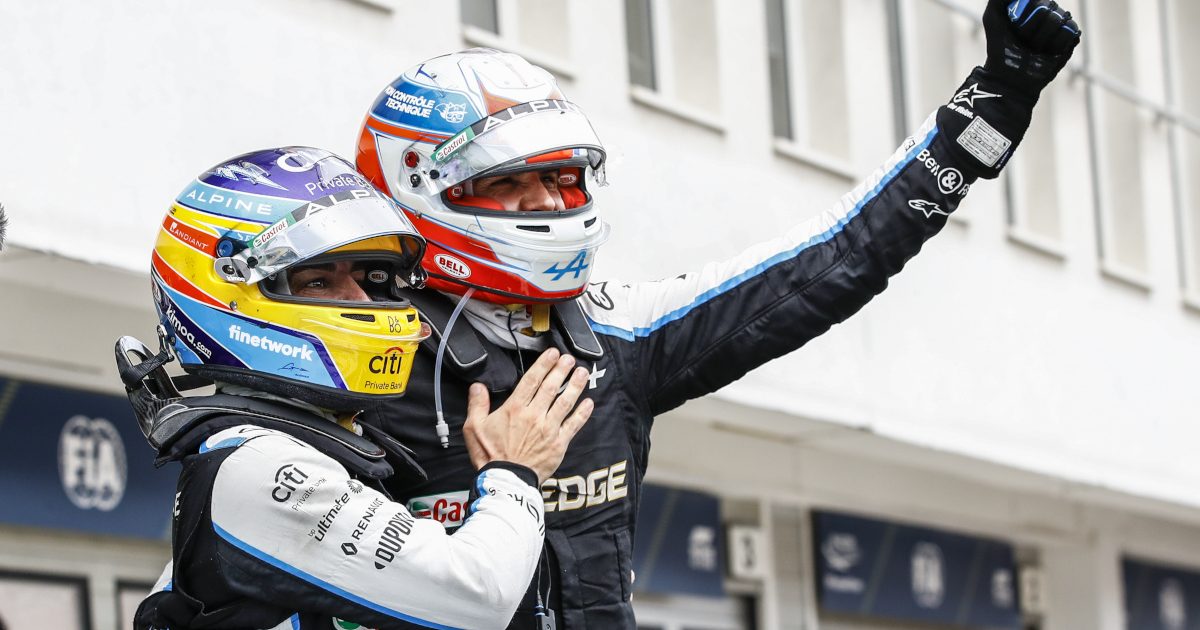 Ocon was the big winner in Sunday’s Hungarian Grand Prix as the Frenchman found himself P1 after the red flag, benefitting from Valtteri Bottas’ lap 1 carnage and Lewis Hamilton’s decision to line up on the grid at the restart when all his remaining rivals pitted for slick tyres.

The Frenchman raced like a driver who was used to leading grands prix, not putting a wheel wrong despite the pressure applied lap after lap by Sebastian Vettel.

Ocon clinched the victory, his first in Formula 1 and his first since winning the opening race in the 2015 GP3 series.

But while the win goes to Ocon, Alpine say one cannot discount Alonso’s part in it.

The Spaniard kept reigning World Champion Lewis Hamilton behind him for almost 12 laps, giving Ocon the breathing room to hold on for the win even with Hamilton’s charge.

Hamilton tried several times to pass Alonso, frustrated with the Spaniard’s defending, before finally making it stick when the Alpine driver locked up.

“It was 11 laps [that Hamilton was behind him] I believe, and if he’d got past him on the first lap like he got past Carlos [Sainz] on the first time, I’m sure Lewis would have been there.

“I think what we would have done if that is drop back a little bit, give Seb the DRS and use that to protect a little, but I don’t know if we would have held him off.

“Maybe, maybe – and don’t forget, [Hamilton] pitted as one of the last people so he had very fresh tyres, he was one of the quickest people in that last stint.”

He added on F1 TV’s post-race show: “The thing that’s amazing with Fernando is how he reads races. He knew it was for position, for him potentially, but he knew he was also helping the team.

“It was a great collaboration between the two drivers, and also I’m massively proud of the team in Enstone and Viry, because we’ve had some tough moments these past few years and this year wasn’t easy, and it’s amazing to take the opportunity in this way.

“We’ve missed so many of these [opportunities] before. We missed one in Baku, we missed in Monza last year where there was a bit of a crazy race, and this time we were there to take the opportunity and the win so it’s amazing.”