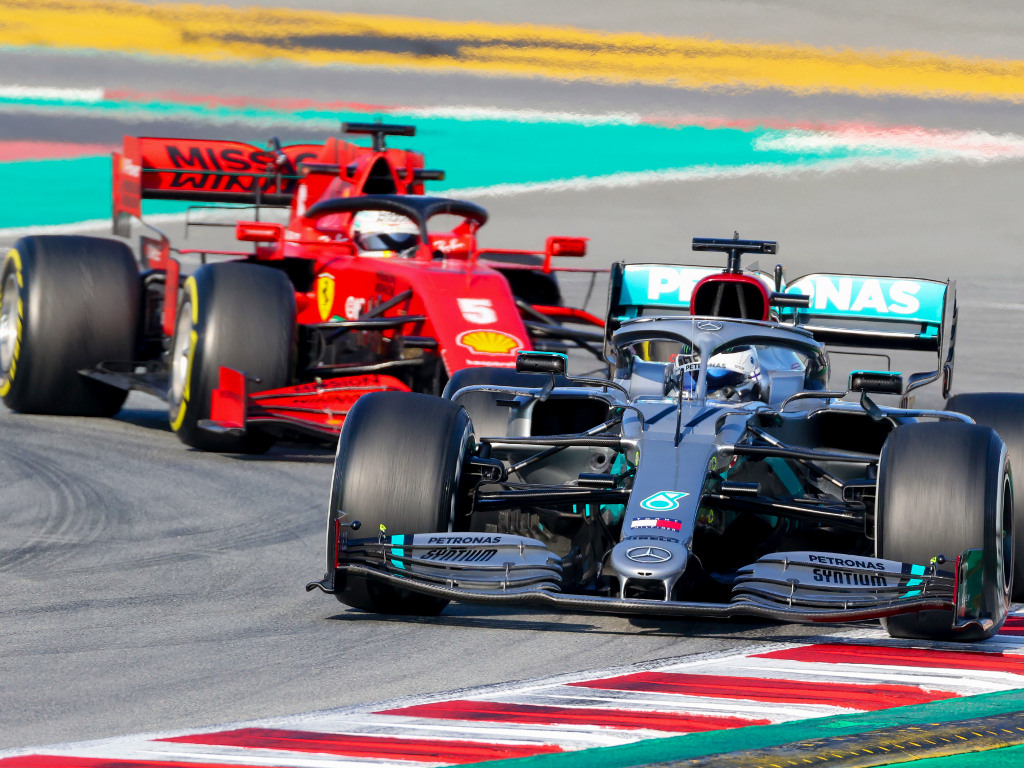 Rival teams have been left with egg on their face it seems after Mercedes revealed their dual-axis steering system which means Lewis Hamilton and Valtteri Bottas both have the ability to push and pull their steering wheel to control whether the tyres on the W11 are toed in or out as they navigate through straights and corners.

Red Bull advisor Helmut Marko put the advantage DAS gives Mercedes at “two tenths“, but Alonso doesn’t think the performance advantage will be as big as devices such as “DRS”.

What he does think it does though is “sends a message” to Mercedes’ rivals.

“Only they know for sure what it is doing to the car and what are the benefits that they are taking from that,” he told Sky Sports.

“But I guess that it’s not a big, big factor. It’s not like the DRS or the F-duct or something that gives you half a second or six tenths or four tenths.

“I think it’s just a fine-tuning set-up [device]. It’s more the potential and the demonstration that they give to everyone that they keep on top of the game and they don’t relax, even if they are world champions.

“That’s probably the biggest message that they send with this DAS system.”

Six-time World Champion Lewis Hamilton will look to use the device to help him tie Michael Schumacher’s record of seven titles, and Alonso has backed him to do exactly that.

Asked if he thought Hamilton would be World Champion again in 2020, Alonso said: “I think so. Looking at the test it seems that Mercedes is still quite competitive and they show again enormous potential on the development side and on the progress from one year to the next.

“Formula 1 is impossible to predict because many things happen in the season but as a starting point I think they are the favourites. When you have Lewis in the car and Mercedes with the potential that they have they have to be No 1 favourite.”