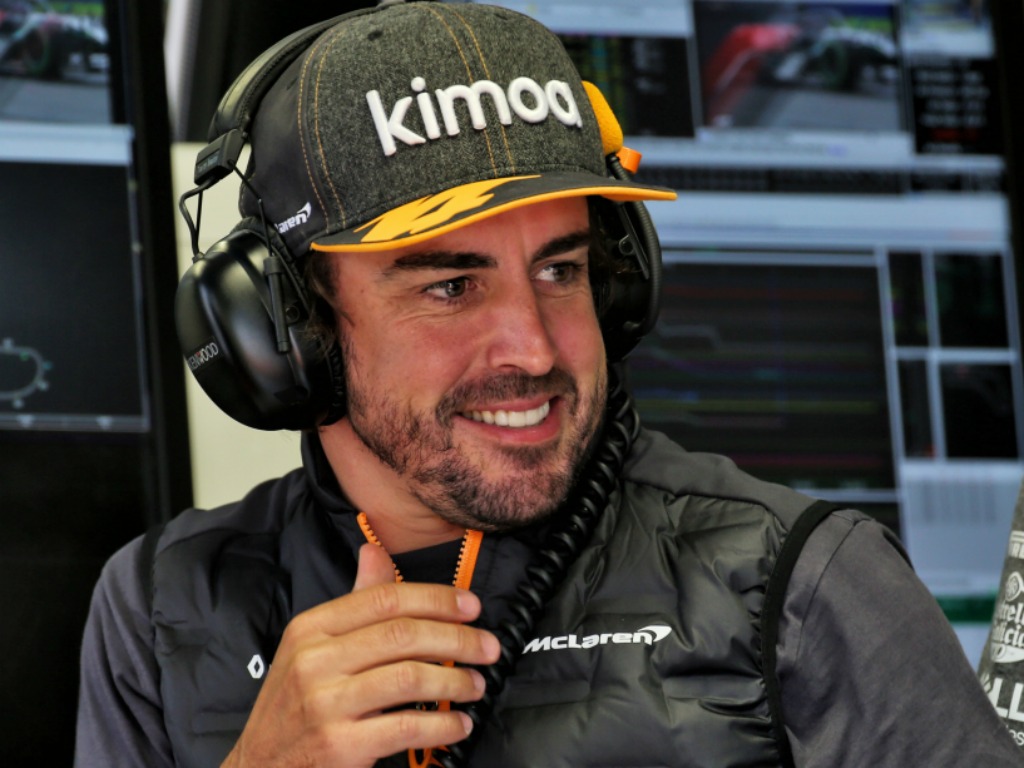 Fernando Alonso made it four straight wins to end the Legends Trophy series, but Jenson Button was crowned champion.

The Spaniard followed up his two wins in the previous round with a further two at the virtual Silverstone.

But it was a Silverstone layout with a twist, and one which caught the two-time Formula 1 World Champion off guard.

The Classic version featured a revised layout at the Vale chicane, and after taking pole and then building a sizeable margin over Jenson Button and Jan Magnussen behind, Alonso accidentally took the original configuration and went across the grass.

Fortunately he made it back onto the circuit in time to keep the pair behind, and from there went on to take the win.

Button came home to finish P2, and with Magnussen behind in P3 that effectively confirmed Button as the champion.

The reverse-grid race saw Alonso demoted to starting P19 – not like that stopped him.

By the end of the first lap the Spaniard was up to P4, before soon after dispatching of Tom Coronel to improve into the podium positions.

It was Alonso in the wars then though after he made contact with Jourdain Jr at Luffield, sending him in to a spin.

That incident allowed Franchitti into the lead and he stayed there until Alonso lunged into Brooklands with two laps to go, coming out with the lead and going on to take a fourth win in a row.

What a lap by @alo_oficial aboard his Allinsports sim! Pole by 6/10ths of a second in the @wearetherace All-Star Series powered by @ROKiTPhonesUK

After spinning at the first corner Button made it up to P3, but he would then slow and drop to P12.

He said he did that because earlier in the race he had sent Pirro into a spin, so out of fairness wanted to finish behind him.

Nonetheless, Button’s Legends Trophy title is in the bag.