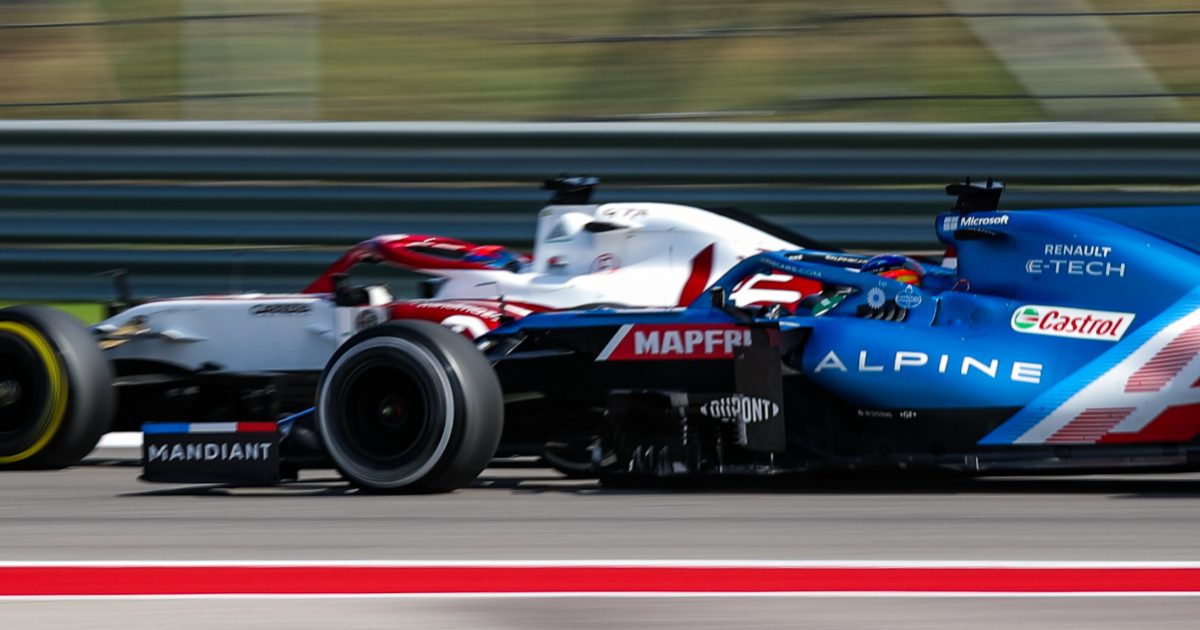 While it may not be everyone’s cup of tea, Fernando Alonso feels DRS is here to stay and that F1 would be less entertaining without it.

The drag reduction system, which can be used when a driver is a second or less behind the car in front has been present on the grid since the start of the 2011 campaign and has unquestionably led to more overtakes being made.

However, there are some that feel it has made passing cars too easy and artificial, with driver skill becoming almost irrelevant at certain circuits.

With new regulations being introduced next year with the goal of making following cars easier, such critics are hopeful they will ultimately lead to DRS being scrapped, but Alonso doesn’t expect that to happen.

He has no doubt that their system has made the sport more entertaining on the whole and believes it will remain “useful” in the future.

“I don’t think so, I think we’ll always need it in Formula 1,” the Alpine driver told Motorsport.com.

“I know that it provides some artificial overtaking sometimes at different circuits, but if we look back, when we didn’t have DRS, the races were much more boring. It was much more difficult to overtake.

“Formula 1 is not like other categories. I think in F1 you’re always struggling to follow closely enough because of the nature of the aerodynamics and how clever all the teams will always be to provide performance.

“So DRS is going to be useful tool, I think, even for the future.”

In the hybrid era, it has been near impossible for drivers to pull off overtakes without DRS given how hard it is to follow in dirty air and the larger nature of the cars.

In an era of “brutal” Mercedes dominance, Alonso feels the regulations introduced in 2017, which brought in larger tyres and increased downforce, made matters even worse in that department.

He’s confident that the sport has learned from it though and that next year’s new rules will lead to better on-track racing as is hoped.

“The Mercedes domination was brutal, in the first three or four years of the V6,” he added.

“And then, from 2017, when Formula 1 introduced the wider tyre and the bigger cars, I think that was a step backwards in terms of racing and being able to follow cars closer.

“We were missing a couple of things and F1 did learn from these experiences, and I think we’ll have a better 2022 championship.”