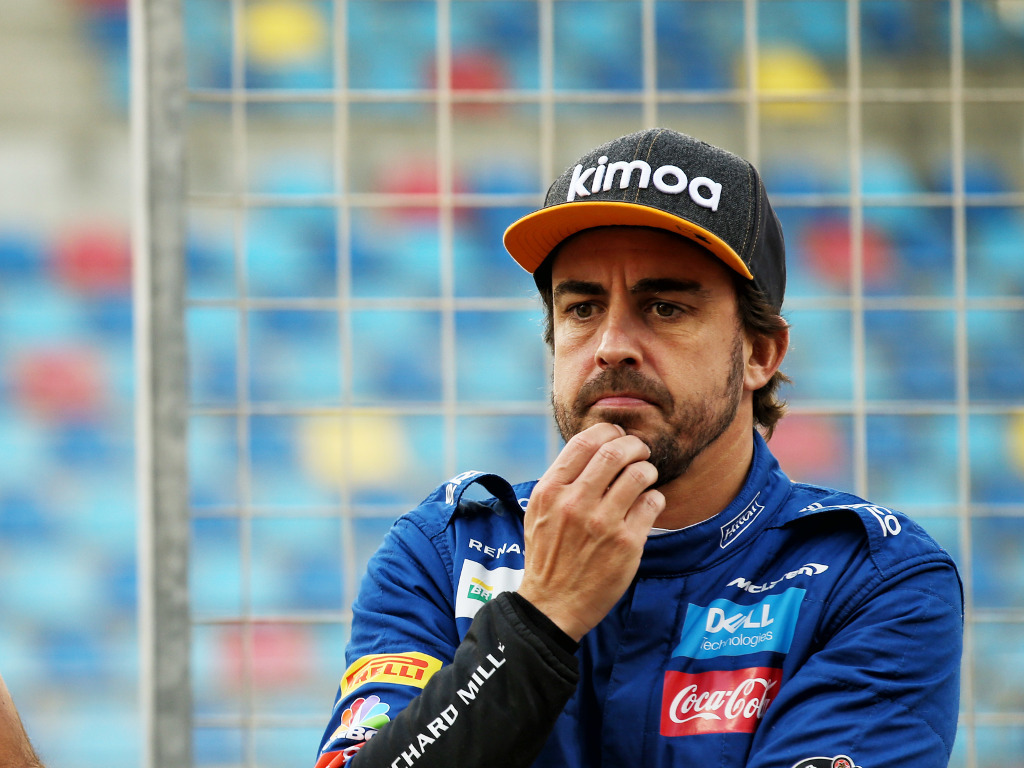 Fernando Alonso says he does regret his infamous “GP2 engine” comments regarding the Honda PU, but insists it was a “private” conversation.

It’s safe to say the grand reunion of McLaren and Honda in F1 from 2015-17 was a flop due to poor reliability coupled with a lack of power.

And at the 2015 Japanese Grand Prix the frustration boiled over when Alonso accused Honda of designing a “GP2 engine” over team radio.

The two-time World Champion says he does regret that outburst now, but also believes his frustration was understandable.

He was also keen to point out that it was a “private conversation” between himself and his engineer, and so one that wasn’t meant to be broadcasted.

“It came from a place of frustration and maybe I should not say that, but I didn’t say it in the TV pen or the press conference,” he said in an interview with F1 Racing magazine.

“I was talking to my engineer in a private conversation [which was broadcast]. It was not meant to be public.

“But the engine was very bad. The first year in Jerez, in four days we did seven laps.”

And Alonso says he does receive messages pointing out what Honda are achieving now, but it doesn’t leave him bitter.

“Now Honda wins a race and I receive a lot of messages that read: ‘GP2 engine wins now, it should be a sad day for you’,” he said.

“I’m very happy, but the engine I had in the car was not the same as the one winning in Brazil.”

Alonso walked away from Formula 1 at the end of the 2018 season, and he believes any “top driver” who went through the experiences he did would vent their frustrations too.

“If a top driver today goes through the performance that I went through, I could not imagine what they would say,” he explained.

“In 2015 I was always fighting to get out of Q1 and had 575 places of penalties. I say things that I think and that I believe. That’s because I believe those things are the truth.

“Sometimes I can be wrong. But I don’t see things that I do that others are not doing. I don’t read extra things from what others are saying, but I see mountains and mountains of the things I say.”