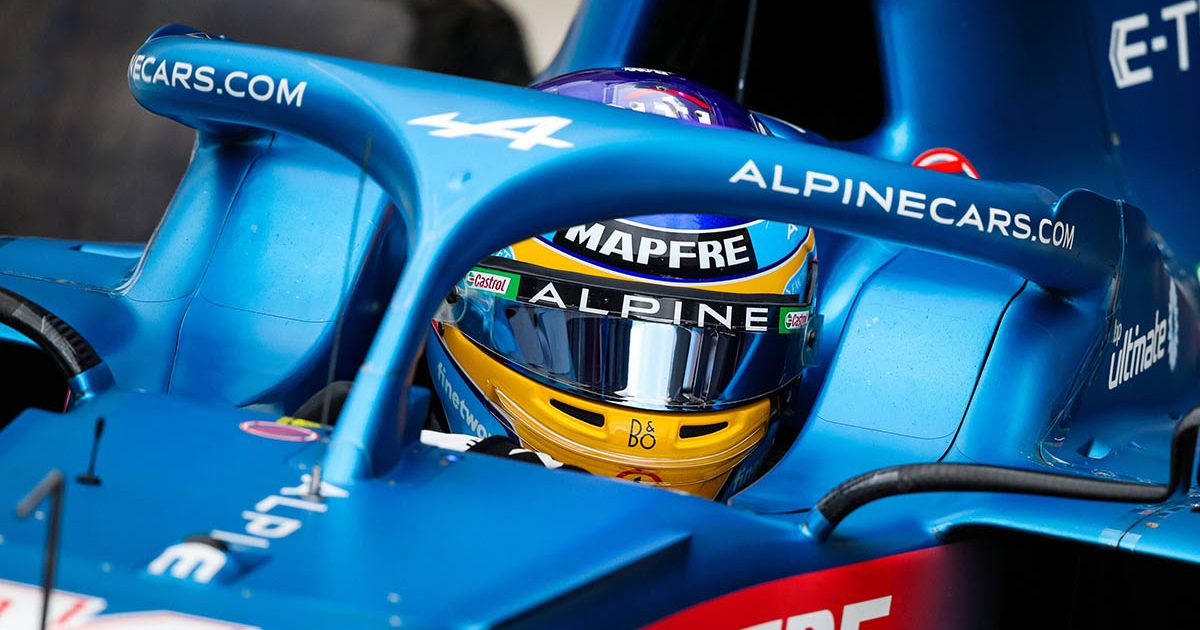 All seemed calm and serene after Lewis Hamilton put his Mercedes W12 on P1 for Saturday’s sprint with a whopping four-tenth gap to Max Verstappen.

But, Hamilton’s car was placed under investigation by the FIA stewards as, during the post-qualifying scrutineering checks, chief technical delegate Jo Bauer reported a potential infringement related to the DRS and how wide the gap was when it opened.

As Hamilton and Verstappen parked up for their post-qualifying interviews, fan footage then emerged of the Red Bull driver touching the rear wing of the W12 – something that is strictly forbidden as per Article 2.5.1 of the International Sporting Code, which states that ‘inside the Parc Ferme, only the officials assigned may enter.

‘No operation, checking, tuning or repair is allowed unless authorised by the same officials or by the applicable regulations.’

As a result, Verstappen was also summoned to see the stewards for this potential breach.

The following morning in Brazil, Red Bull’s motorsport advisor Dr Helmut Marko claimed that Mercedes, as part of their defence, cited Verstappen as the reason why the rear wing did not comply with the regulations because he manipulated it with his fingers.

But, according to the Spanish edition of Motorsport.com, footage from Alonso’s on-board camera has provided a much clearer picture compared to the fan footage which first came to light.

Their report stated: ‘Pending the stewards’ decision, Motorsport.com has learned from a direct source that there was a key element in the resolution of the case: the on-board camera in Fernando Alonso’s car.

‘It was parked in the pit lane close to Hamilton’s Mercedes, and showed that Verstappen, according to those involved, actually barely brushed the car under investigation.’

The Dutchman was ultimately fined €50k for touching his title rival’s car but wasn’t handed any further punishment, with the FIA referencing Alonso’s on-board camera as part of the evidence.

“The Stewards took the time to gather all the available video footage of this incident and finally reviewed in-car footage from car 14, cat 77, car 33 and car 44 as well as CCTV footage from the FIA’s pit-lane cameras, in addition to the amateur footage,” the verdict document reads.

Hamilton meanwhile was disqualified for the technical infringement, meaning he’ll start the sprint from the back rather than P1.