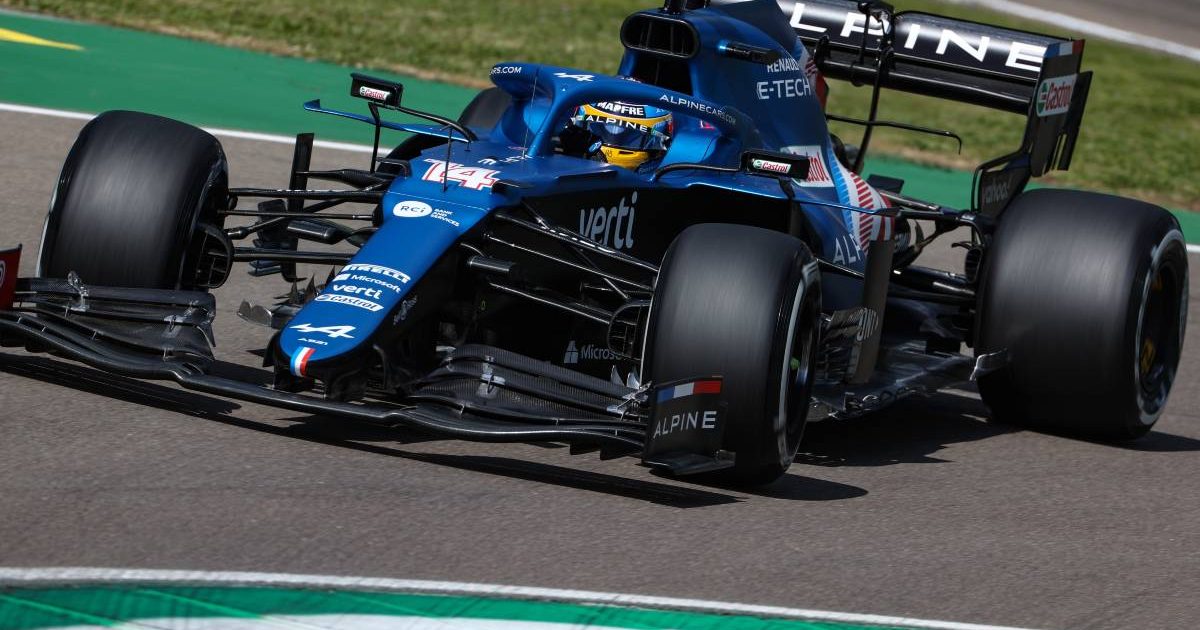 Fernando Alonso could feel the “adrenaline” build as he returned to Imola, now armed with the modern Formula 1 cars.

The Spaniard is one of only two drivers on the grid, the other being Kimi Raikkonen, who experienced racing at Imola in its former layout when it hosted the San Marino Grand Prix until 2006.

Raikkonen was reunited with Imola last year at the 2020 Emilia Romagna Grand Prix, but the 2021 staging gave Alonso the chance to renew acquaintances with this famous venue.

Alonso played his part in two of the most iconic Formula 1 races at Imola in 2005 and 2006 when he battled with Michael Schumacher for victory on both occasions, achieving that goal in 2005.

But now getting the chance to take his Alpine A521 around the circuit proved quite the adrenaline rush.

“It was good, it was a fun day for sure out there,” he told reporters following FP2.

“The circuit is amazing in the modern Formula 1 cars, very narrow, very fast.

“And when you have cars around it is quite tricky and quite narrow to let the people go, to overtake the guys on the out-laps and the in-laps, so that adrenaline is building up during the lap.”

Alpine came to Imola with an updated aero package, and Alonso was encouraged by the early indications.

“I’m happy. Happy with the progress, all the new parts seem to work, we need to make further analysis but we are quite optimistic that they make a step forward in terms of performance, so let’s see what we can do tomorrow.”

Once again the midfield pack is looking tight. Alonso ended FP2 in P13, but a gain of four tenths would have put him as high as P5.

So, the remainder of the weekend will very much be a case of fine margins.

“Two or three tenths will make six or seven positions up and down, and hopefully we are one of those in the upper part.”