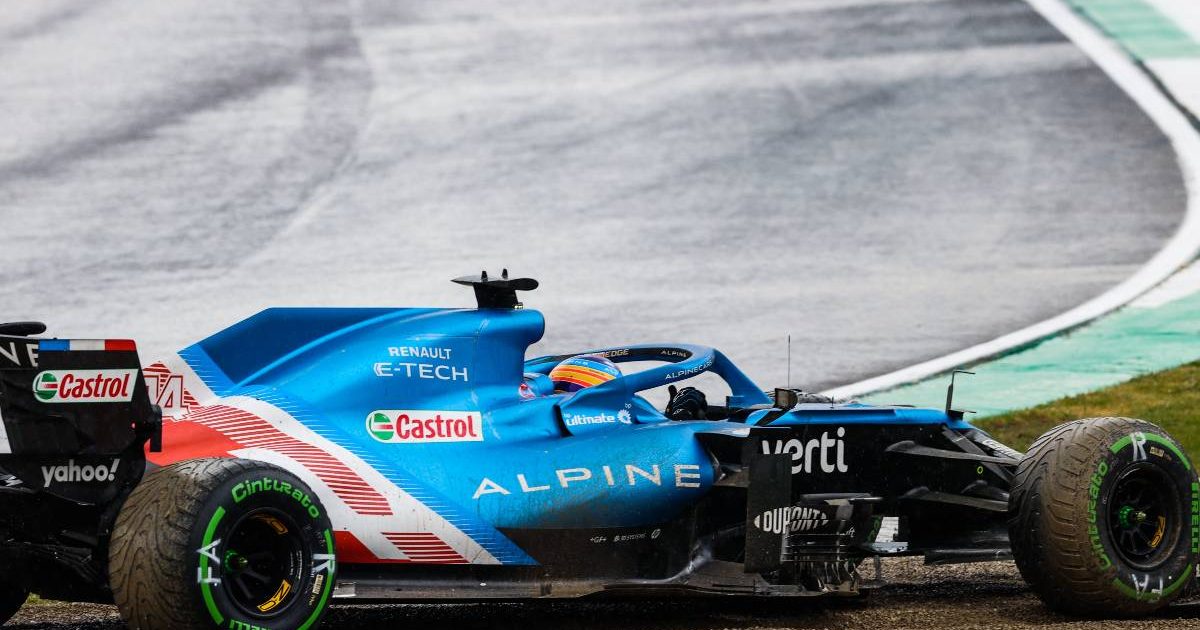 Fernando Alonso admitted he “did not perform well” at Imola – but still thinks he is suffering from an enforced lack of prep for his F1 return.

The two-time former World Champion scored his first point since Singapore 2018 by inheriting P10 after an eventful, rain-affected Emilia Romagna Grand Prix when a penalty was issued to Kimi Raikkonen, dropping him from ninth to 13th.

But the Spaniard feels his comeback with Alpine from two years out of Formula 1 continues to be hindered by only having had one-and-a-half days of pre-season testing – likening it to an athlete heading to the Olympic Games short of the required training.

“In a way, it was perfect for me to understand the car in these slippery conditions – a transition from wets to inters, inters to dry; one red flag, one standing start, one rolling start,” Alonso told reporters.

“We did a lot of things that normally take five or six races to experience everything. Everything was compressed into one Sunday, so a lot of learnings, a lot of feeling with the car.

“I felt a lot better on lap 63 than lap one, thanks to all the experiences you go through in the race. But I did not perform well.

“People have to understand that when you go to play a tennis match at Roland Garros or Wimbledon, you do a little training on that surface, you adapt to things… in Formula 1 we had three days in Bahrain, a day and a half for each driver and then you go into the World Championship.

“It’s like preparing for the Olympics without any kind of training, that’s what we do.

“Now we have a racing binge in the coming weeks and they will come in handy to continue improving and continuing to adapt as best as possible.”

Despite races now coming thick and fast, with three in four weekends during May, Alonso believes it will still take him more time to reach his optimum level in the car.

“It was important to finish the race and experience the 63 laps,” he added. “A DNF in the first corner or the first stint could have halted our progression into the future.

“I’m more or less where I expected to be, but you always want more, to be higher, to have more confidence with the car.

“I probably didn’t have confidence with the car in Bahrain, not here either. I won’t have it in Portimao. It’s not something achieved overnight to reach that 100%. It will take time. I’m here to work and to improve and a race like this helps a lot.”