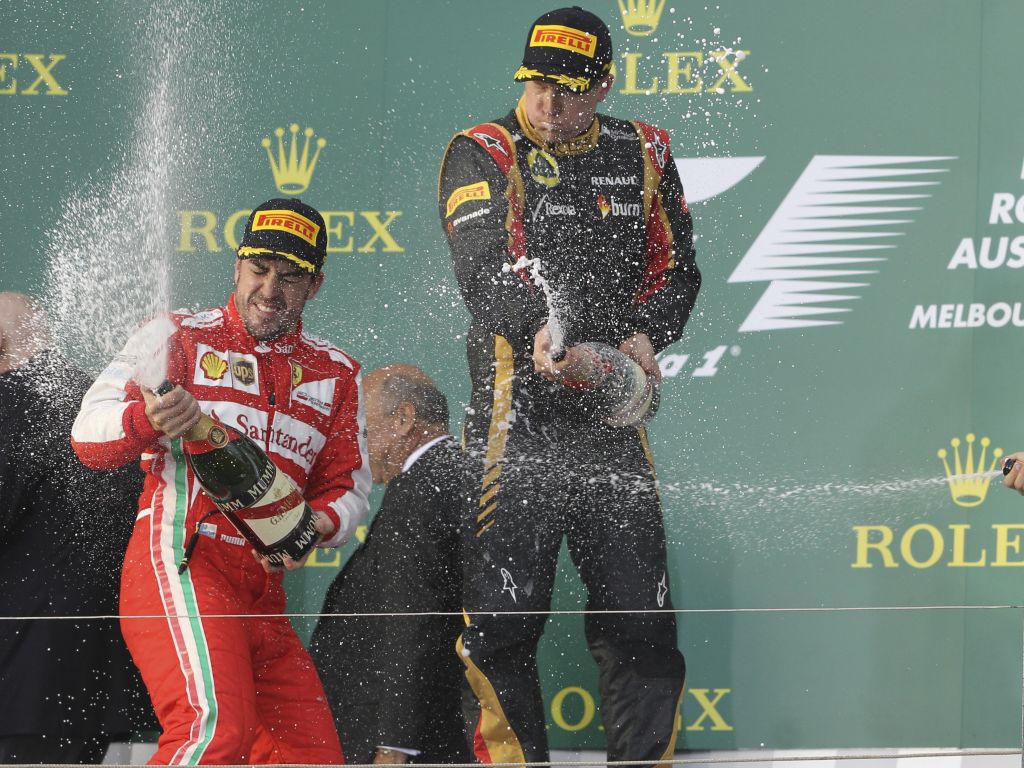 The Frenchman first broke into Formula 1 back in 2009 as part of Renault – his team-mate was two-time World Champion Fernando Alonso.

And in 2012 Grosjean returned to the team, at this point known as Lotus, where he would race alongside 2007 World Champion Kimi Raikkonen.

Alonso and Raikkonen have 200 podiums between them, but while they may seem like very different personalities, Grosjean said their approach was “surprisingly” similar.

In an Instagram Live interview, when asked which of his team-mates he admires more, Grosjean said: “Well that’s a tough one for me.

“I started in Formula 1 next to Alonso, then I came back next to Raikkonen, and I’ve had Kevin [Magnussen] now so yeah, really, really tough one.

“I learned a lot from Fernando and Kimi, in kind of the same way, surprisingly.”

“A lot of people think they’re very different, but the way they started FP1 was looking at Sunday at 3.10 pm – that’s all that mattered.

“They didn’t care if they were fast or slow in free practice, they were just setting up to get ready for the race and when you are a youngster you want to be fast in every session – then you learn about it and you think: ‘OK this is the conditions we’re having [now], but on Sunday, they’ll be a little bit different, so let’s change it and work around that’.”

Grosjean admitted that before joining Haas he “wasn’t happy” with his current team-mate Kevin Magnussen, but he now thinks the Danish driver is “amazing”, calling him a “viking”.

“I wasn’t happy with him before I was his team-mate. But when you’re in the same team, you know he fights as hard as he can to bring points to the team, it’s amazing.”