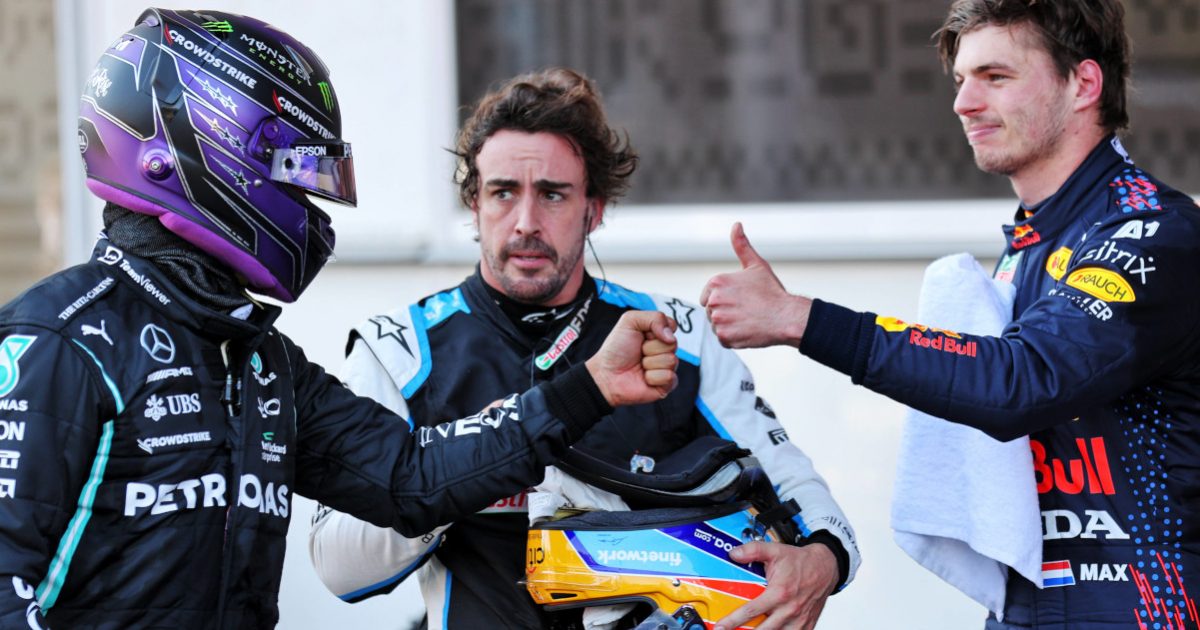 Fernando Alonso thinks Lewis Hamilton will “100%” buckle under the pressure being exerted by Max Verstappen in their world title fight.

Hamilton is encountering the sternest challenge to his status as World Champion since he was dethroned by his team-mate Nico Rosberg in 2016, and the biggest threat from outside Mercedes since he began his run of six Drivers’ titles in seven years in 2014.

Verstappen takes a 12-point lead into the Mexican Grand Prix, after which four more races will remain in one of the most captivating championship battles for many years.

Alonso, during an interview with De Telegraaf, thinks the man with whom he shared a fraught relationship when they both drove for McLaren in 2007 is feeling the heat now that his dominance is in danger of coming to an end.

“Do I think Lewis will succumb to the pressure? Yes, thanks to Max – 100 per cent,” said the two-time former World Champion.

“When Lewis only has to fight with his team-mate Valtteri Bottas for the title, everything is great. Now he feels some pressure and he gets into trouble.”

The Spaniard also doubled down on his view that there is a pro-British bias in Formula 1, having said during his press conference at the Turkish Grand Prix that “when I do things, they have a different behaviour and a different repercussion on the following event”.

There, he had referred to the level of scrutiny when drivers such as he push the boundaries of the rules, for instance in terms of exceeding track limits as he had in the opening stages of the Russian Grand Prix to reduce his chances of becoming involved in an accident.

“Then you see during this season that that British machine starts running again,” said Alonso. “Max handles that very well. It’s a very interesting championship, also off the track.”

In that respect, Alonso pointed to the fall-out from the two collisions between Hamilton and Verstappen this year, with the race stewards finding each driver culpable on one occasion each.

Hamilton was penalised at Silverstone but still went on to win with Verstappen in the wall, while the Red Bull driver received a grid penalty for the next grand prix after they had crashed out together at Monza.

“Look at the two incidents between Max and Lewis this year,” said the Alpine driver. “Those are not judged equally in my opinion.

“After the contact at Silverstone, Red Bull intervened but otherwise it remained fairly quiet.

“After the crash at Monza there was much more talk and Max got a grid penalty for the next race. I don’t think anyone understood that. But that’s also part of that pressure from certain corners.”

However, the 40-year-old insisted he had great admiration for both championship aspirants, saying: “I respect enormously what both Max and Lewis are achieving.

“They are at their top level every weekend. Whether it’s wet, dry or very windy. The way Max stepped in at Red Bull and was right there, I don’t think anyone is capable of doing that.”