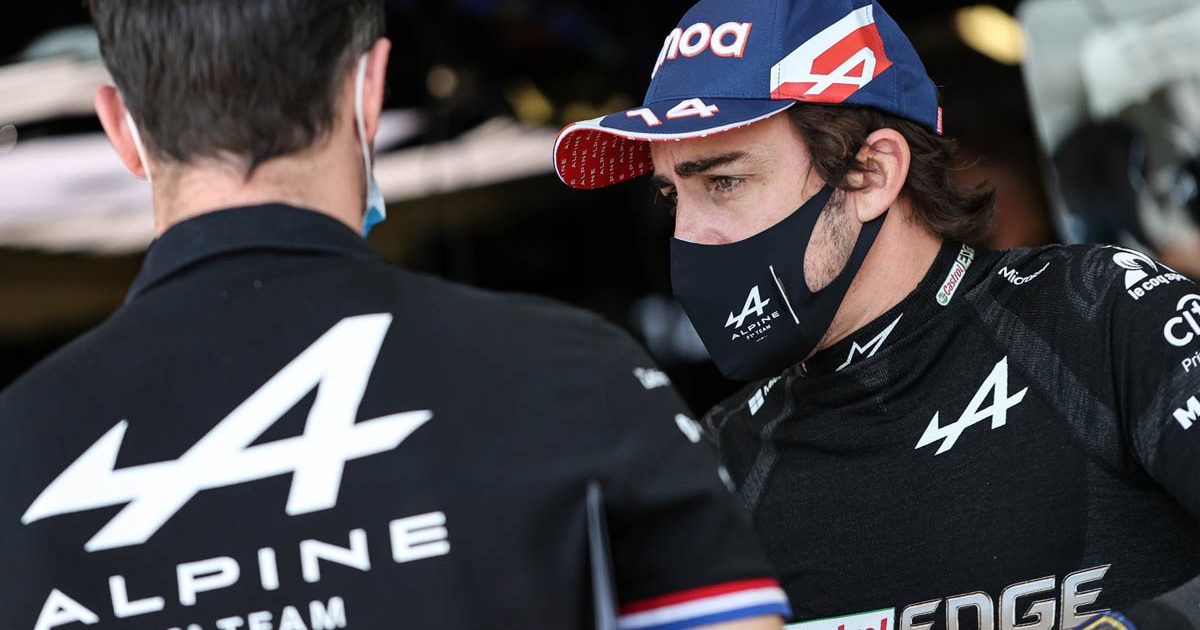 Fernando Alonso says several drivers were “driving over the possibilities of their car or their abilities” in an accident-laden qualifying session in Baku.

Lance Stroll and Antonio Giovinazzi both crashed out in Q1 at Turn 15, Daniel Ricciardo and Yuki Tsunoda each hit the wall at Turn 3 and four red flag periods halted proceedings as the grid was set for the Azerbaijan Grand Prix.

Charles Leclerc took pole position for the second race running after the final red flag finished Q3 early, without time for drivers to go and improve their times from their first runs.

Alonso will line up P9 on Sunday but feels it is slightly “unfair” for drivers to be able to crash in qualifying and start the race in their planned grid slot.

“It was messy. It was difficult to get into the rhythm or into the pace, but it was the same for everybody,” Alonso told Sky Sports after qualifying.

“It was the same for everyone. It was a little bit unfair probably, but for the people that crashed, they repair that car and then they start in that position tomorrow.

“All the other cars, we are in parc ferme. Until tomorrow in the race, we cannot touch the car. So [I don’t know] why they can change all the parts when they caused the red flag.

“But maybe one day we are in that position and we take advantage of the rule. But let’s see tomorrow what we can do.

“I think people need to calm down a little bit and drive at 98% in a street circuit because if you crash and start last in the race, maybe you don’t drive over your possibilities.

“I think today, we had so many people driving over the possibilities of their car or their abilities.”

The incidents which brought qualifying to an end ❌

Alpine and Alonso have shown improved pace over the weekend, with the Spaniard reaching Q3 for the first time in Baku in four attempts and outpacing Esteban Ocon on the other side of the garage.

With the French marque finding their feet this season, the double former World Champion expects to be in the mix for points on Sunday.

“I think we have a good car – it’s been good all weekend,” he added. “We’ve been always in the top 10 in every session and we felt comfortable.

“Here, you can overtake if you have the pace, so we need to take care of the tyres – that will be the hot topic for tomorrow, I guess.

“We are racing with confidence to take good points.”