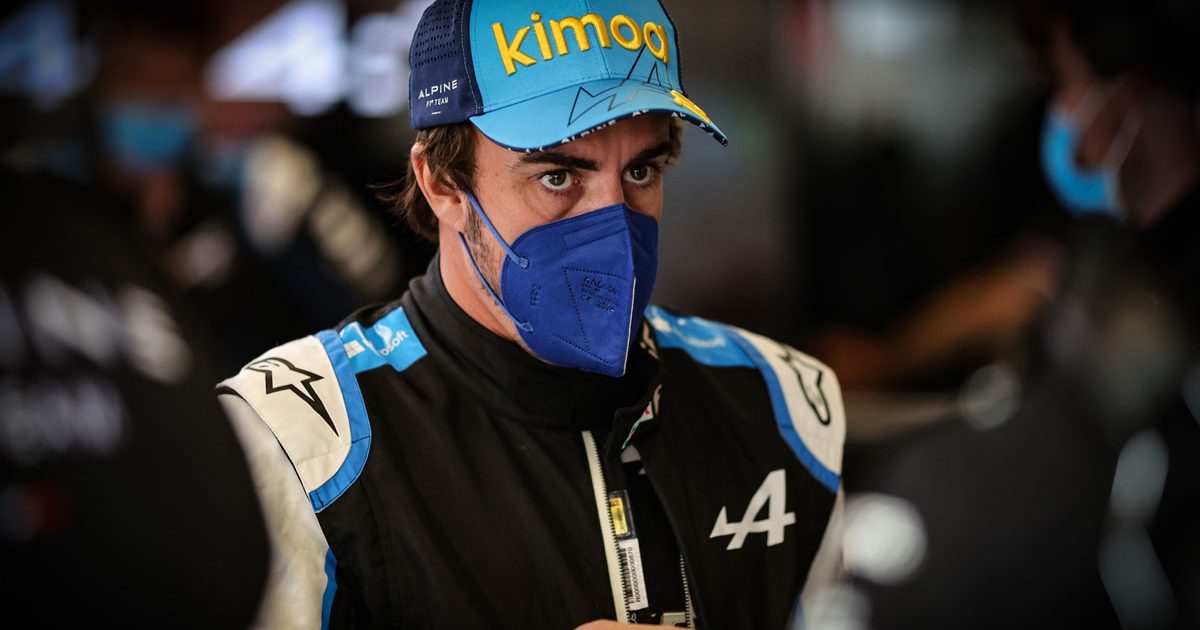 While a thrilling race took place at the front of the field, with Lewis Hamilton’s two-stop strategy allowing him to overhaul Max Verstappen, Alonso’s attempted one-stop did not end as he had hoped.

Tyre performance dropped off significantly on his Alpine A521 and he eventually needed to stop again, which saw him tumble down the field as a six-way fight for the final points-paying positions was rumbling on.

Put simply, the Spaniard said he could not eke his tyres out long enough to be able to hold his rivals behind.

“I couldn’t drive!” laughed Alonso, talking to Formula1.com. “I think we were in a very optimistic strategy with one-stop and I knew that [the drivers behind] were coming. I tried to hold five or six cars behind me for a couple of laps but it was not enough.

“But I would rather prefer to risk that strategy and try to take that point than sit there behind and not scoring. We were brave today, maybe too brave. I think there is some work to do.

“We didn’t know if [Alpine’s pace in Portugal] was track-specific or a real improvement on the car, and here we confirmed we are going in the right direction.”

He may have the “best” car on the grid, but Fernando Alonso says Lewis Hamilton deserves more credit for producing the results week in and week out.https://t.co/c4uv6sSp0U #F1 pic.twitter.com/asO5mVSLLd

With Alonso outqualified for the third race in a row by his team-mate, Esteban Ocon, as well as finishing behind the Frenchman again in Spain, the veteran says he is still working out how to get the most out of his car after two years away from the sport.

“There’s still some work to go in terms of different driving style, different way of trying to set up for me in the car…I have some homework for sure,” Alonso added.

“I think we felt more competitive here and it’s good. We want more, we will not stop here and hopefully more to come at Monaco.”