Home News Alonso P5 but ‘more to come’ in Barcelona 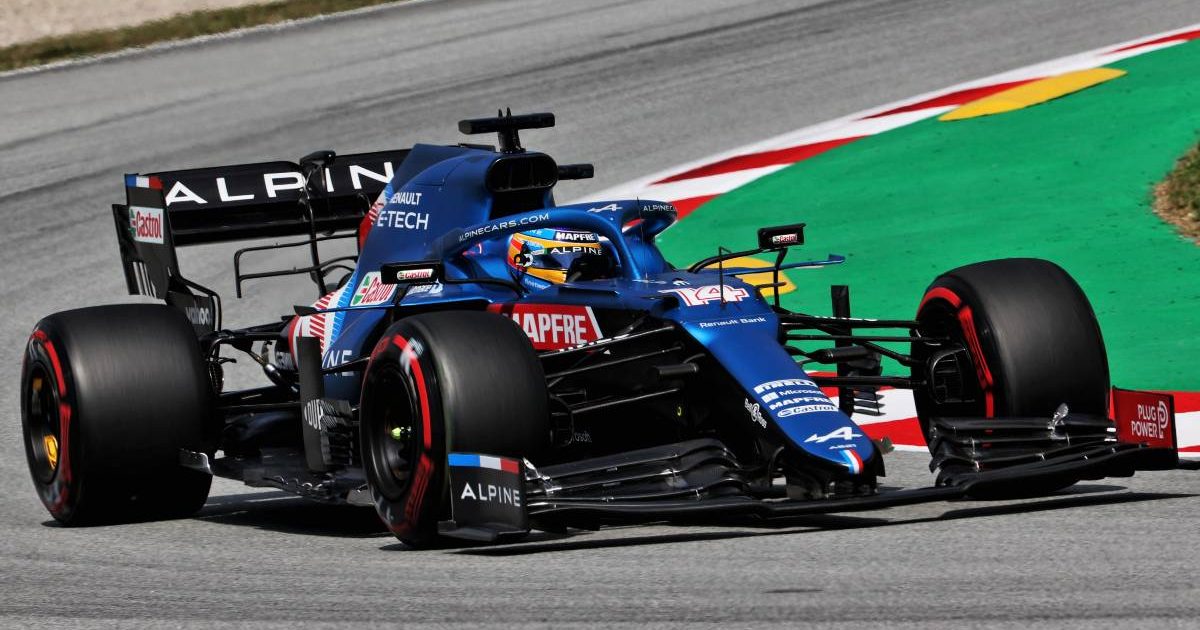 Fernando Alonso ended FP2 at the Spanish GP in P5 just behind Alpine team-mate Esteban Ocon, but said there is more to come.

Since pre-season testing shifted to Bahrain for 2021, it meant that this was the first and only scheduled visit to the Circuit de Barcelona-Catalunya of the campaign, the site for Alonso’s home race.

“It was good to be back in Barcelona at this circuit after doing winter testing in Bahrain,” he told reporters.

And the Spaniard has given his compatriots hope of a strong weekend to come after he signed off for the day on Friday up in P5.

“It was the first time this year with these cars and it felt good, the car felt fast through all of free practice, well balanced,” he continued.

“It’s still only Friday and there are a lot of things to analyse. We brought little updates here and still are analysing them, but happy with a trouble-free day and more to come tomorrow hopefully.”

Alonso so far has rated his comeback season at a five out of 10, and though he was not about to upgrade that off the back of a Friday showing, he did again state that there is more pace to extract from the A521 once he puts it all together.

“No, I don’t think so. It’s only Friday, only practice and you never know what everybody is doing on Friday,” said Alonso when asked if he was ready to boost his own comeback rating.

“Even from us as I said I think there is more to come when we put it all together, but we are trying to spread the programmes over Friday with both cars, try different things, at different times of the day and practice.

“And I think the overall feeling is good, but I think qualifying is going to be very tight, it’s a short lap so I think two tenths is going to be eight or nine cars, and we want to be at the front of that pack.”

Esteban Ocon enjoyed a solid race weekend last time out in Portugal, and the signs are once again positive for the Frenchman, who pipped team-mate Alonso to P4 in FP2 at the Circuit de Barcelona-Catalunya.

The difference between them though was only half a tenth, and when both drivers are so close together, Ocon said this opens the door for he and Alonso to share “little driving tricks” which can unlock even more performance.

“It’s going good so far, I think we have made a good step from FP1 to FP2 as well in terms of how the car felt inside,” he explained.

“But again it’s only Friday, I’m going to be making this interview again tomorrow very happy if we are where we are now, but it’s important to be there tomorrow.

“When the cars are so close together, there are for sure some little driving tricks that we can both take from each other.”