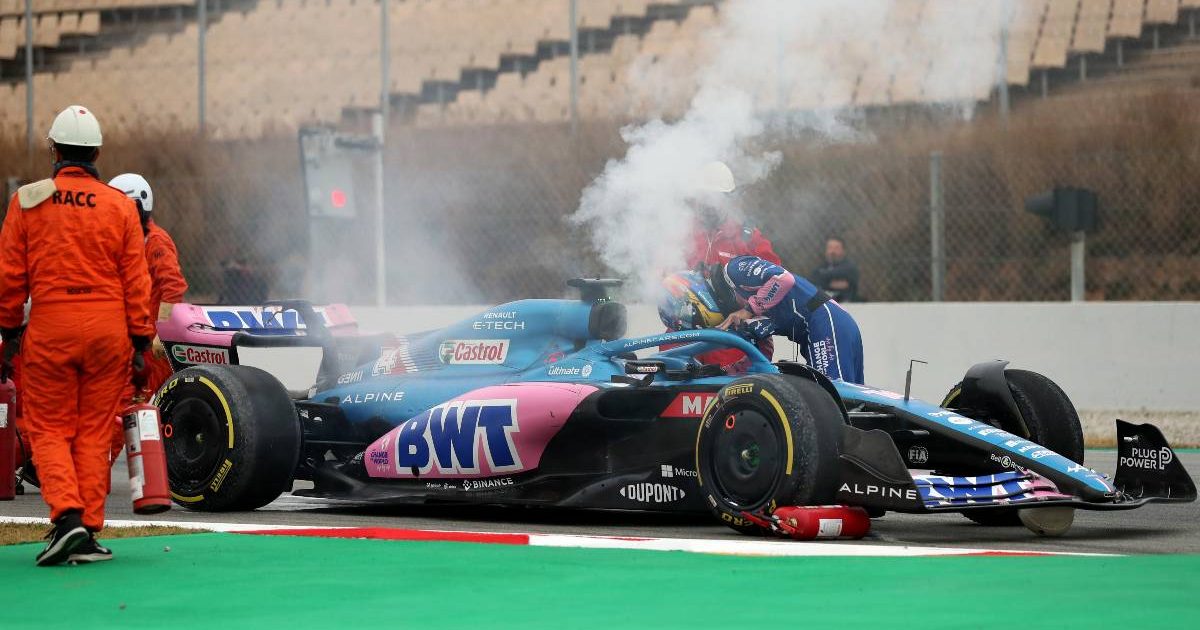 Fernando Alonso is confident his Alpine team can bounce back from a truncated first test that saw the two-time former World Champion stop on track with a fiery Renault engine.

The Enstone-based squad did not really trouble the top of the timesheets throughout the three days and the Spaniard came to a smoky stop on the final day of testing, completing just 12 laps.

The fire came as no surprise due to Alpine CEO Laurent Rossi already confirming Renault have gone aggressive on engine power, and will concentrate on reliability later.

The team’s sporting director Alan Permane has said not using DRS and running a car much heavier on fuel has disguised their true form.

Alonso is fairly confident the team are in a good place and said it felt good to blow away the cobwebs and get back into the car.

“It’s been a good week because it’s been a few months without us getting in the car,” said Alonso via the team’s social media channels.

“It’s good to be back and feel the speed of a Formula 1 car, but we had some problems on the last day and that always gives you a different taste in your mouth when you have to test.”

When asked where he thinks Alpine sit in the current pecking order, the Spaniard reserved judgement but feels excited about the new challenge of driving a heavier car with different dynamic concepts.

“The new cars are different to drive but they are fun, especially at high speed they feel great, and there are still a few days left to maximise the potential.

“We have to adapt our driving style a bit too because the cars are heavier this year, but so far so good.”

Formula 1’s new technical regulations were deployed with the anticipation it will promote closer racing and make overtaking easier.

The response has been mixed, however, with some drivers saying it is easier to follow but admitting overtaking is still tricky. Alonso explained it is indeed now better for following another car in the dirty air.

“I’ve had the opportunity to follow a car for a couple of corners, an Alfa Romeo and another one, and honestly I felt it a bit easier than last year,” he said.