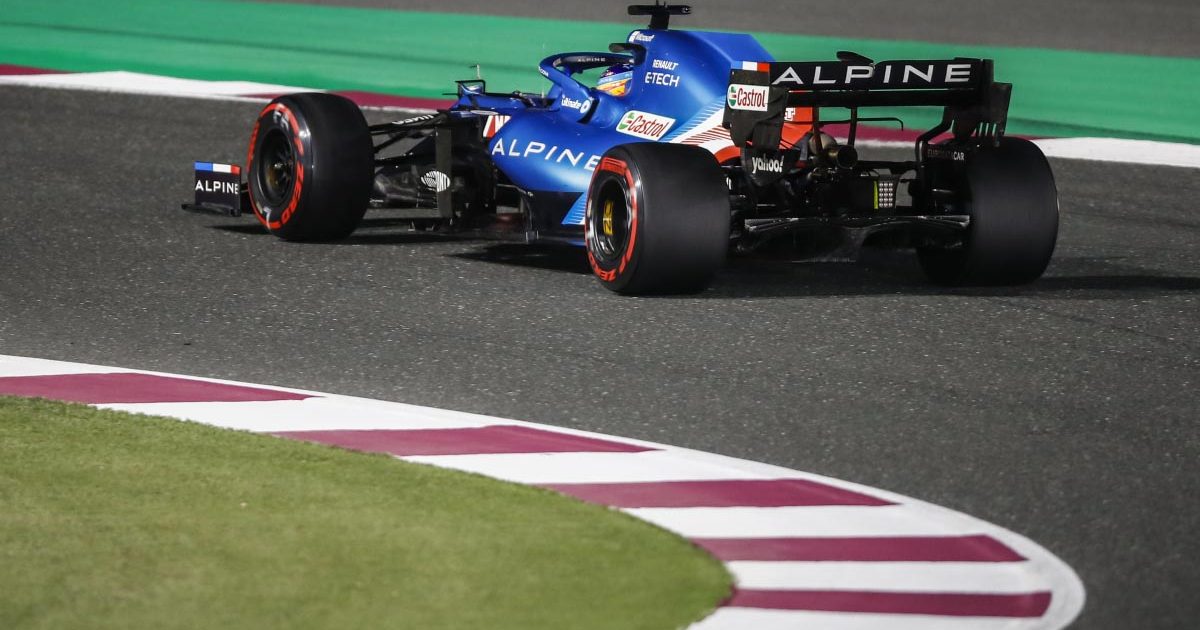 Marcin Budkowski admitted Alpine were nervous about whether or not Fernando Alonso would finish in Qatar, with tyre concerns.

Four drivers suffered unexpected punctures during the race, with Pirelli’s tyres drawing criticism for the likes of Lando Norris – one of the victims of a blowout – for not performing as predicted in Qatar.

Alonso and his team decided to try and eke out a one-stop strategy around Losail, in the hope of holding off a fast-charging Sergio Perez in the closing stages of the race.

The Alpine team boss said staff members were on the pit wall and worrying about Alonso making it to the line until the last corner had been negotiated, even telling his mechanics to settle down before he finished in case of a tyre blowout.

“Everybody really worked hard to make that tyre last until the last few laps, so yeah, it was stressful,” Budkowski said, quoted by Motorsport.com.

“We knew if we stopped we wouldn’t get anything. We managed these tyres quite early, but also we understood that avoiding the kerbs was key and we instructed our drivers to do that.

“On the last lap I saw all the mechanics jumping on the grid, I was like ‘no, no, no, there is a few more corners left’. Just because we… honestly it was a question of a few corners whether we would make it or not.”

The consensus around the grid was that the left-front tyre was the only one at risk of blowing out during the race, with the high-speed right-handers causing the most stress on that area of the car, with no concerns surrounding the rest of the set.

This led to extensive tyre management for Alonso, but Budkowski added that if his driver had suffered a puncture, he would not have personally been at risk, given the nature of how a left-front blowout would occur.

“Look, there was no safety concern,” he said. “If you puncture the front tyre, you just lose the front end and you slide.

“The rear tyre is a bit different because if you lose a rear tyre, you might spin and go off track.

“We were confident we’re not putting anyone at risk there but obviously, we’re putting our race and our points at risk.”

As for Alonso himself, he said he was trying to preserve his tyre life as much as possible on his way to the podium, and went further to say that he may have been able to work his car a little harder if required.

“I don’t know, I don’t think it was too bad for us,” he said after the race. “It seems that our car is kind on tyres.

“We did a one-stop also in Brazil last week and I think we had some margin to keep pushing a little bit more, but you never know.”