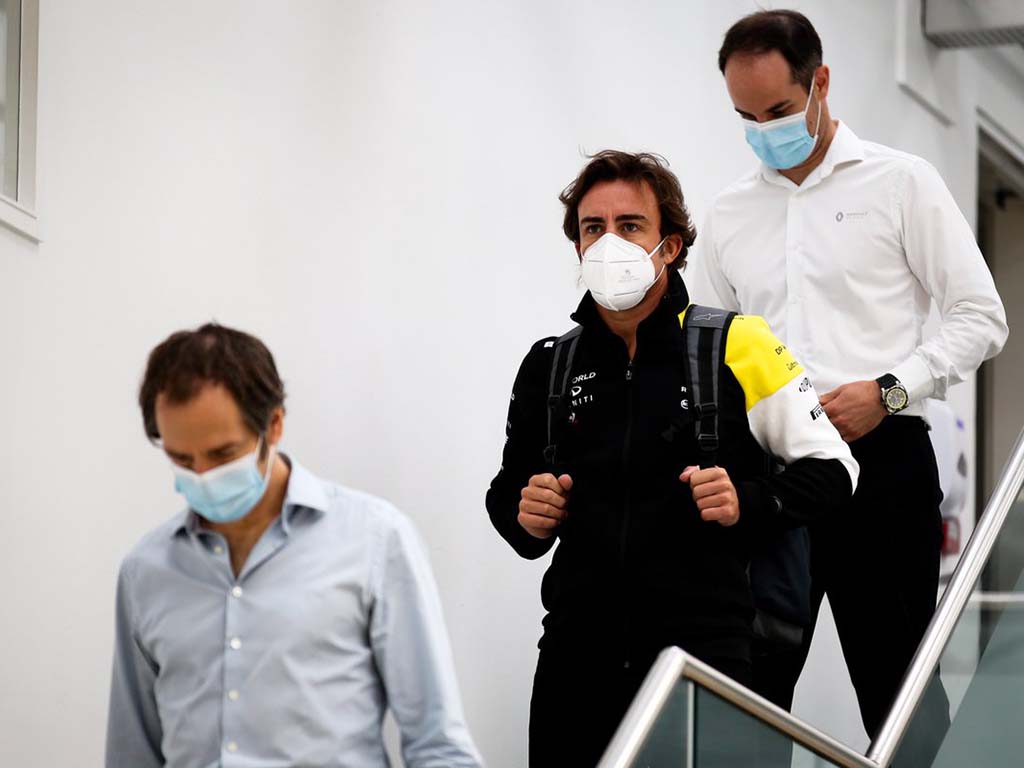 Fernando Alonso is continuing preparations for his return to Formula 1 in 2021 with an Enstone factory visit.

With Daniel Ricciardo moving to McLaren to replace the Ferrari-bound Carlos Sainz, Renault opted to bring back the Spaniard who won two World Championship titles with them in 2005 and 2006.

Alonso is tasked with leading the team, soon to be rebranded as Alpine, in 2021 where the regulations will remain relatively stable. Both driver and team are then targeting success under the new rules and regulations in 2022 which have enticed Alonso to come back after what will be a two-season absence.

“But as he sees that we are starting to have interesting battles on track, you know, that’s Fernando, he wants to feed the blood: in a positive way.

“But he wants to see that there is something that he can grasp. He sees that it is genuine opportunities, sometimes that we have this year according to the track and the car competitiveness, and probably more for next year”

Ahead of his return to the grid, Alonso headed off to the Enstone factory on Monday. A place that he is still very familiar with.

Alonso tweeted: “An incredible thrill to go back to the factory. I came to Renault in 2002, when I was 21 years old, I know every corner of this place, every corridor, every door. It has been a very special day.”

Alonso and Renault are trying to secure some valuable track time together after the 2020 finale in Abu Dhabi and are currently in talks with the FIA for the 39-year-old to take part in the ‘young driver test’.

“Initially it [the approach] was, I drive when I drive,” Abiteboul told Motorsport.com.

“But now I get the feeling that he is really keen to get to have a go, even in the current car.

“So we are looking into the opportunity to do that, but being very sensible.

“But we’d like to see [him in the car] because I can feel that he has hunger for it.”