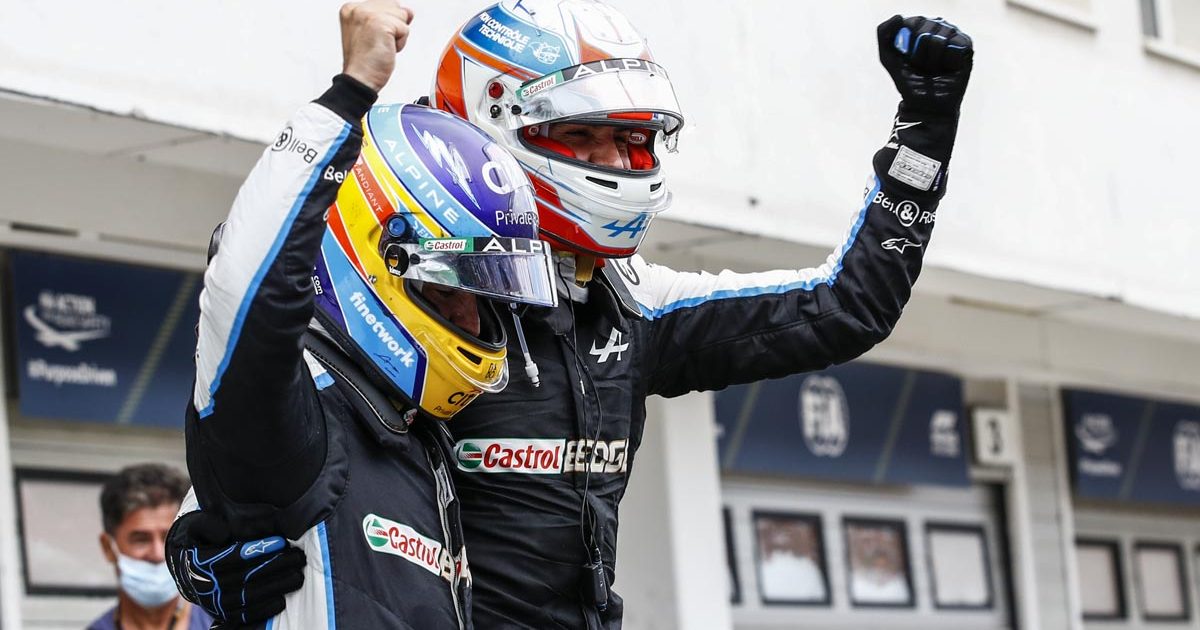 Fernando Alonso has described Alpine’s unexpected victory in Hungary as being “more special” than his successes in Le Mans.

Alonso won two Le Mans 24 Hour races with Toyota when he took a break from Formula 1 but, in a frontrunning Toyota, he and his team-mates Sebastien Buemi and Kazuki Nakajima were hotly tipped to succeed in the World Endurance Championship showpiece events.

Esteban Ocon, meanwhile, led for 66 of the 70 laps in his midfield-running Alpine around Hungary to take his first F1 victory, which was also the first win for the Enstone team since Kimi Raikkonen took the chequered flag at the 2013 Australian Grand Prix, when they ran under the Lotus marque.

And because of the team’s underdog status at the Hungaroring, Alonso feels that made Ocon’s victory all the more satisfying for himself and the team.

“This one is more special because it is unexpected,” the double World Champion said when asked how Hungary compared to his Le Mans wins, per GPFans.

“We don’t have the pace to win a race and you need very special circumstances. Those circumstances were there and the luck was on our side.”

Alonso played what Alpine sporting director Alan Permane called a “100%, undoubtedly crucial” role in securing the victory for Ocon, fighting tooth and nail with Lewis Hamilton to hold off the charging Mercedes, which ultimately allowed the Frenchman the breathing space he needed to take the chequered flag.

“It feels ok,” he added when asked about his role in the victory. “Probably the last time [that happened] was at Toyota where we were team-mates, we were winning with the Toyota #7 and Toyota #8.”

Alonso took his maiden victory in Formula 1 at the Hungaroring back in 2003, and Ocon became the fifth driver to take his first win at that circuit, after Damon Hill, Jenson Button and Heikki Kovalainen.

After a long barren run without taking to the top step of a Formula 1 podium, the Spaniard spoke of his delight for the whole team, as well as Ocon etching his place into F1 history by becoming a race winner.

“[I am] very, very happy for them, a lot of smiles on everybody’s faces and also for Esteban,” added Alonso.

“When you are young and you win an F1 grand prix, you will stay forever as a grand prix winner.

“This happened in Hungary, same as in 2003 for me so this place is a lucky place for our team so happy for that.”