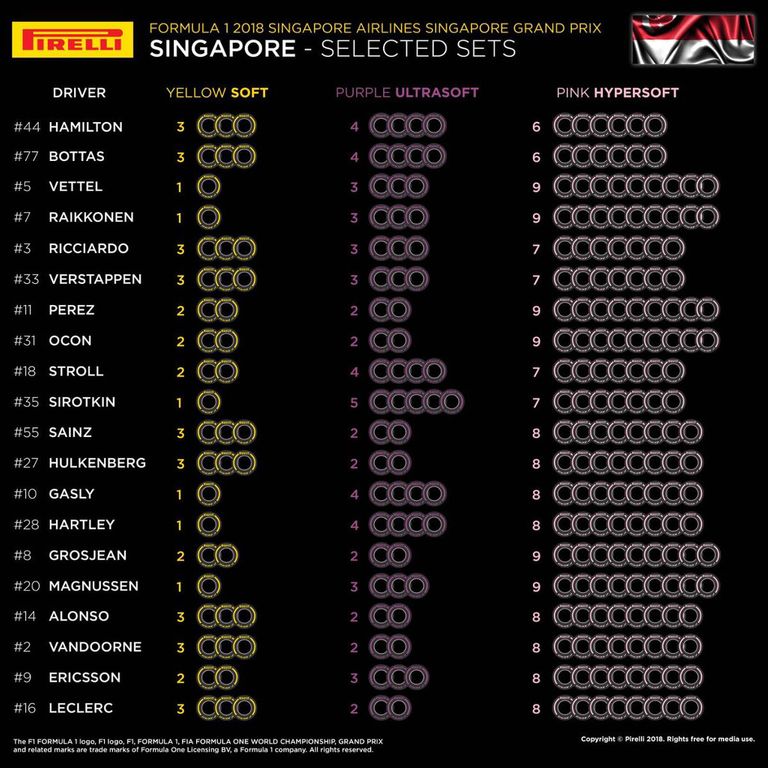 Off the pace in both championships, Ferrari aren’t messing around with their tyre choice in Singapore having opted for nine sets of the hypersoft tyres.

Heading to the Marina Bay circuit for a spot of night racing, Sebastian Vettel has to make inroads on Lewis Hamilton’s 30-point lead in the Drivers’ standings.

And Ferrari are hoping an aggressive approach to the race will do just that.

Both Vettel and Kimi Raikkonen has nine sets of the hypersoft tyres, three of the ultras and one set of soft rubber.

As for Mercedes, they’ve gone with six, four and three respectively.

Other teams going all-in on the hypersoft Pirellis are Force India and Haas.