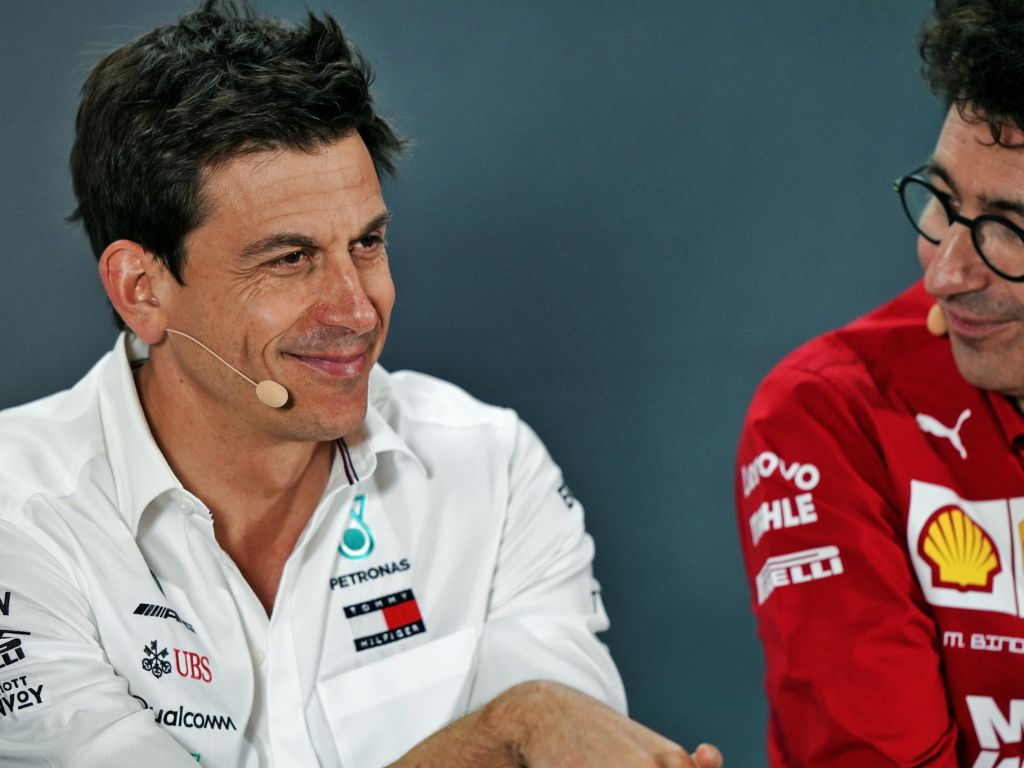 Ferrari CEO Louis Camilleri says that whether intentional or not, key team personnel running F1 would create a conflict of interests.

Current F1 boss Chase Carey operates in his CEO role on a rolling contract, but there has been talk that he could step down after 2020.

And rumours have circulated in the past that Mercedes boss Toto Wolff could be in line to take over as CEO of the Formula One Group.

This though leaves Camilleri uncomfortable as he believes that someone like Wolff, who took up a leadership position in the dominant Mercedes team in 2013, would always have a conflict of interests if he ran the sport.

“I think that anybody who’s really been an active and important player in a certain team within the last years, to take on the responsibility of F1 would automatically create conflicts of interest, perceived or otherwise,” he told Autosport.com.

“So I personally think it would not be a good thing as to who should ultimately run F1.”

Carey took over from Bernie Ecclestone in 2017 as F1 CEO following Liberty Media’s purchase of the sport, and since then he has made strides in expanding the calendar with the Vietnam and revived Dutch GPs joining for 2020.

But attracting sponsors is continuing to prove difficult, while it was recently announced that F1’s TV audience in Britain crashed dramatically in 2019.

Though for someone with no F1 background, Camilleri thinks Carey is doing a good job and is important for F1. But going back to the previous point, if it was Ferrari principal Mattia Binotto who succeeded him, Camilleri knows that would cause anger in the paddock.

“He’s come out from a world that’s really entertainment,” said Camilleri. “He had no background in Formula 1.

“I think you need a CEO, because it’s a public company, who has experience in essentially the entertainment business.

“My sense – but ultimately it will be [Liberty’s president] Greg Maffei who will decide who the eventual successor to Chase will be if that happens – is that if Mattia [Binotto, Ferrari team principal] was the candidate to replace Chase Carey, I think the rest of the paddock would not be too happy with it.

Ferrari do of course have the right to veto any such changes, but Camilleri sees that as a “last resort”.

“The veto is sort of the last-resort tool,” he explained.