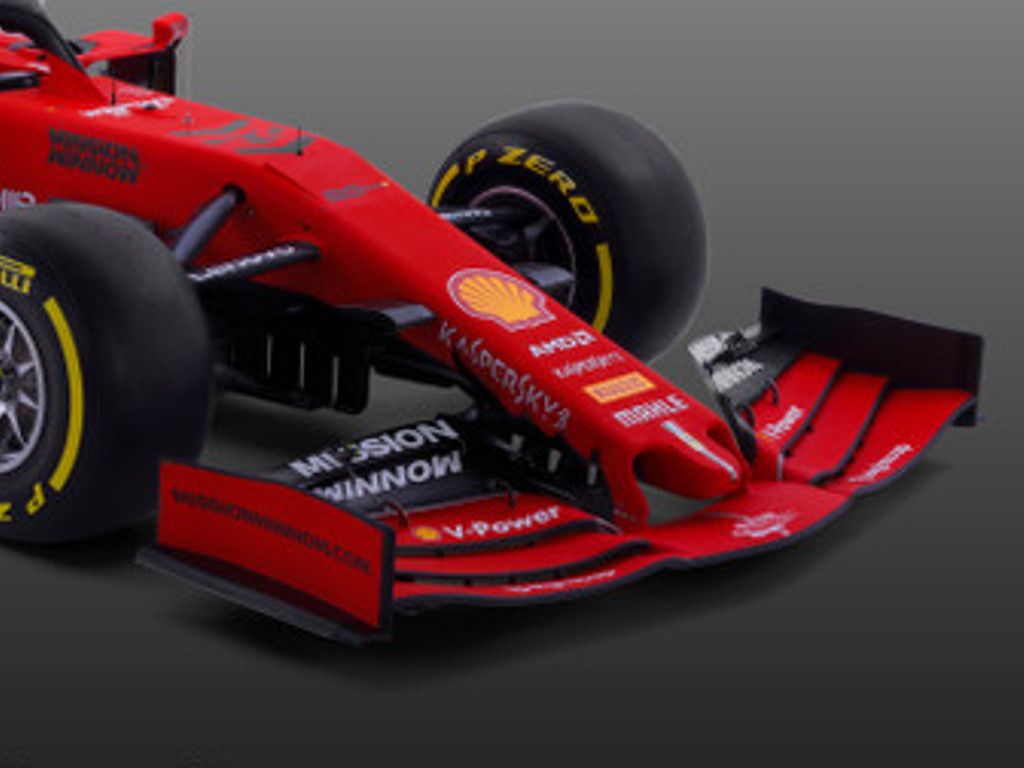 Although F1 has yet to see all 10 new cars as some teams used 2018 cars for livery launches, we have seen the new wings with Ferrari and Alfa Romeo adopting “unusual” designs.

Alfa Romeo, formerly known as Sauber, have yet to launch their 2019 challenger but have already put the car through its paces.

Kimi Raikkonen covered 33 laps during a shakedown at the Fiorano circuit on Thursday with the front wing catching the eye as much as the livery did.

He added that “even more eye-catching was the unusual front wing design.

“The flaps of the new wing are extremely angled toward the C38 to direct the air outward around the front wheels.

“The form of the extremely wide upper flap, which is already cut off far in front of the endplate, has not been seen in any other car.”

Check out first shakedown pics of the new Alfa Romeo C38! It has got a lot of interesting new tech features.

They, however, aren’t the only ones with an interesting front wing.

Ferrari took the covers off their SF90 at Maranello on Friday with the car’s wing also creating headlines.

While each side of the wing slopes downward from the middle, it then rises away from the ground towards the endplates.

So, all the Italian teams had a con-flab over an espresso about their front wing by the looks of it ☕️with Ferrari completing the trifecta, as they, Sauber and the one seen on the shakedown Toro Rosso all have their wings dropped down heavily in the outboard region. pic.twitter.com/b6VE0REPDC

Ferrari’s wing is very different to that of Mercedes and Red Bull.

#Ferrari's front wing looks considerably different to that of their main rivals.