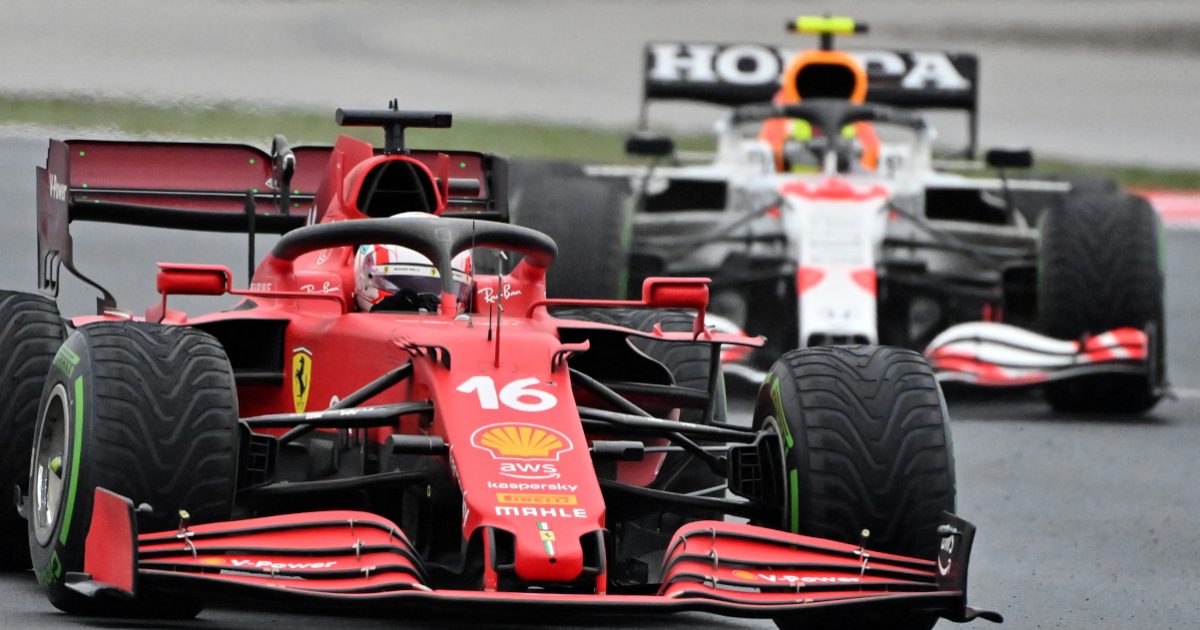 Mattia Binotto felt “a bit bitter” as Ferrari gave up on the gamble of Charles Leclerc completing the Turkish GP without a pit stop, relinquishing the lead.

As those ahead of him stopped for fresh intermediate tyres, Leclerc asked Ferrari if he could go to the end without pitting, staying on the same tyres that he was running on the very first lap of the grand prix.

Ferrari replied yes, and Leclerc ran up in P1 for almost 10 laps before Valtteri Bottas, on new tyres, overtook him for the lead. Out of P1, Ferrari decided to call the driver in for new tyres, the Monégasque rejoining in fourth place ahead of Sergio Perez.

That became P3 when Lewis Hamilton eventually pitted but, alas, Leclerc was back down in fourth place when Perez passed him for the final spot on the podium.

Binotto was left to rue what could have been.

“For sure we believed and we tried,” he told Sky Italia.

“I have to say we’re a bit bitter right now, for sure we believed that [Leclerc could win].

“I think it’s been brave from our side to try [to win] at that moment. We were easily P3, the risk was to lose P3 for P4. Then it happened, but it could have been a huge opportunity too.

“So it’s right to have tried that.

“When Charles came back on track was anyway ahead of Perez, in those first laps everyone suffered the graining and in some way we paid for that.”

Gave absolutely everything for the win but the tyres couldn’t hold on until the end. Gutted it cost us the podium at the end but still leaving with good points in 4th 👊 pic.twitter.com/PO0hNsVdzx

Leclerc wasn’t the only driver who paid a heavy price for his late stop, Hamilton, another late-stopper, also struggling to get his Pirellis into the working zone.

Binotto reckons as both were forced to push immediately from the very first lap on their new intermediates, the tyres showed more graining than their rivals’ did.

“First of all it happened that there was graining at the back for both, at least certainly for Charles,” said the Ferrari team boss.

“The track obviously was a bit more dry, but it depended most of all from how much you pushed when you came out of the pits. And Charles coming out having Perez behind didn’t have time to manage the tyres and their temperatures.

“So the graining started and he had to clean it out. I think Hamilton as well in that phase tried to push to catch up with the ones ahead and maybe that’s what happened.”

Carlos Sainz made it a double points-haul for Ferrari, the Scuderia closing the gap to McLaren to 7.5 points with six races remaining.

“I’m happy with Carlos’ race, with this recovery,” said Binotto with Sainz voted ‘Driver of the Day’ having raced his way to P19 to P8.

“He proved today there was the race pace. Charles proved that too, but Carlos did a good race as well.

“It’s a pity for the pit stop because without that he could have been even more up ahead. But he did a great race from the first lap and a great recovery.”