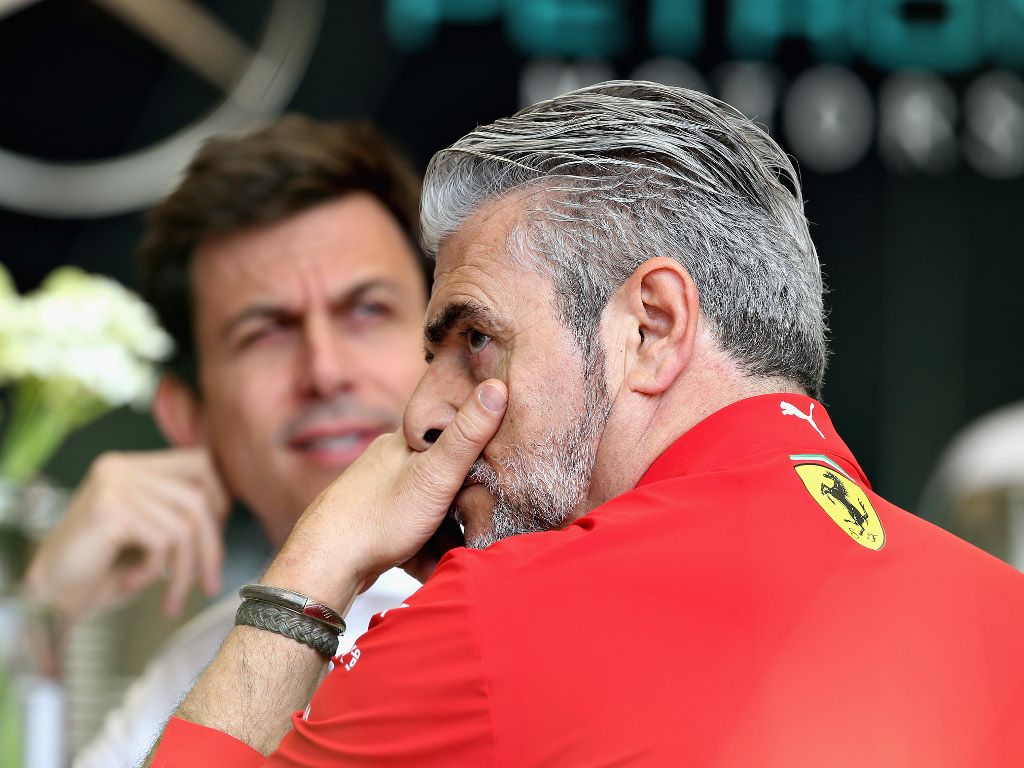 James Allison should be “ashamed” of himself after accusing Ferrari and Kimi Raikkonen of a “deliberate” crash or “incompetence” in his British GP clash with Lewis Hamilton.

Raikkonen put Hamilton firmly on the back foot at Silverstone when he hit the Mercedes driver on the opening lap.

Hamilton spun off and dropped down to 18th place in the classification.

Motorsport boss Toto Wolff told Sky Sports: “In [technical director] James Allison’s words, ‘do you think it is deliberate or incompetence?’. So this leaves us with a judgement.”

And while Arrivabene accepts there will always be some who question, he is angered that Allison is one of those.

“Who is incompetent? Kimi? Who is he to judge what the drivers are doing in the car?” he told Sky Italia.

“If he really said something like that, he should be ashamed!

“Allison worked at Maranello for many years, but now we are here in England teaching him to be a gentleman.

“I accept it from [TV pundit] Jacques Villeneuve because he was a driver. But this guy?”