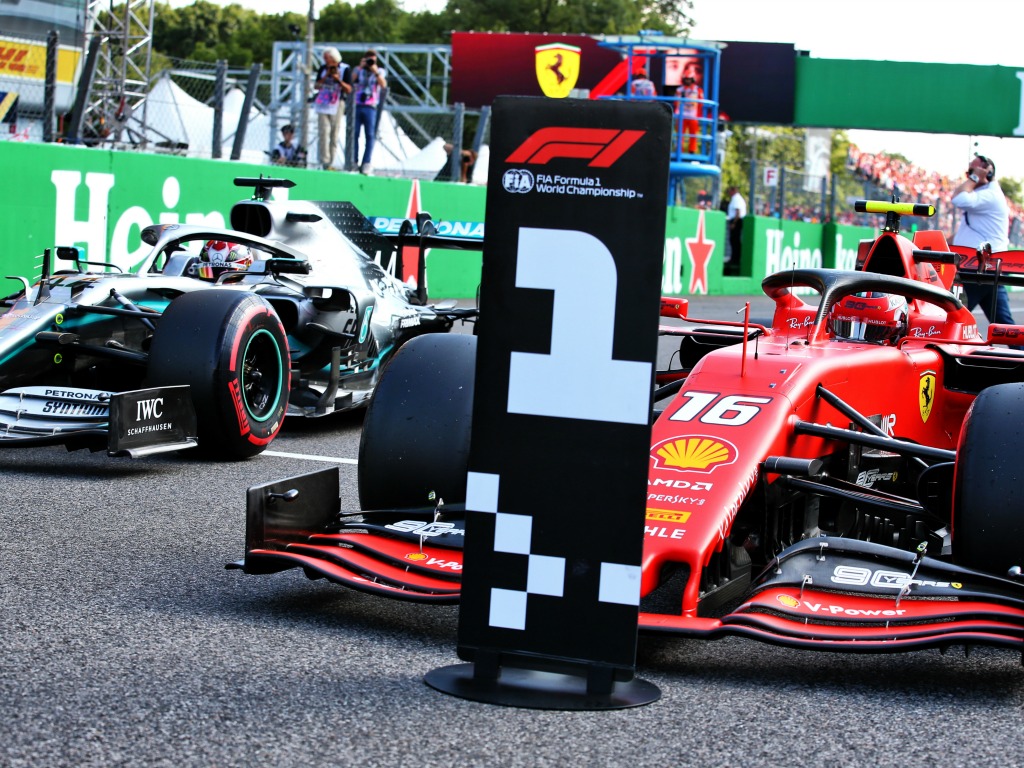 Ferrari team principal Mattia Binotto believes their decision to put Charles Leclerc on the harder tyres for the final stint of the Italian Grand Prix “was the key point for the win”.

The Scuderia’s long wait for a win at Monza came to an end on Sunday as Leclerc won from pole position to become the first Ferrari driver since Fernando Alonso in 2010 to win at home.

However, it was not a straightforward race as the Monegasque driver had to hold off the charging Mercedes’ cars of Valtteri Bottas and Lewis Hamilton.

While Mercedes had the luxury of splitting their drivers’ strategy, Ferrari had to go for “brave” choices and in the end it paid off.

“Degradation by the end of the stint [on soft tyres] was not critical, but it was there,” Binotto told Autosport.com.

“We knew that by putting the hard [tyres on] we would have had a better pace by the end of the race.

“With the others on the medium, we knew that after the stop the first lap would be difficult.

“That was a key point for the win and the victory.

“I think the choice was brave, but the right one.”

What made things even more difficult was the fact that Leclerc was the sole Ferrari at the front as Sebastian Vettel’s early accident meant he was further down the track.

And with Mercedes having the freedom to play the strategic “game”, Ferrari had to be spot on with their own choices.

“I think the strategy was good,” Leclerc said.

“Obviously we were in a tricky situation because we had the two Mercedes behind and I was the only Ferrari.

“They could play the game of going long with one car and earlier with the other.

“It was very tricky, but in the end, I think we made the right choice with the hard [tyre].”