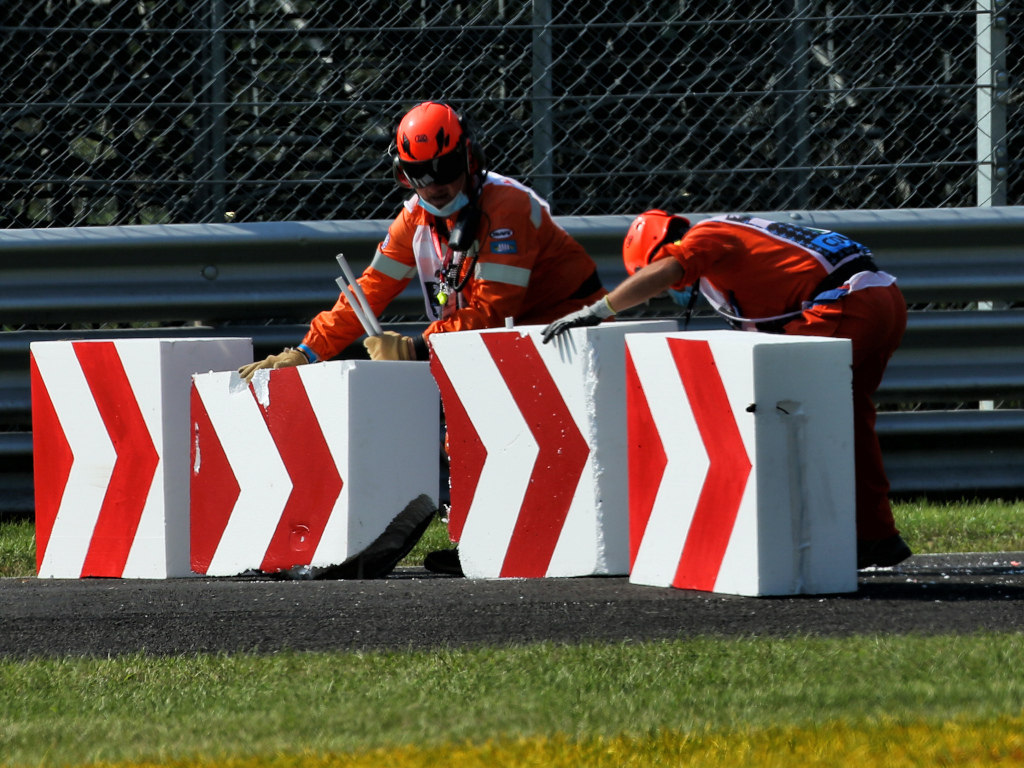 Ferrari says it is working with supplier Brembo to understand the cause of the brake failure that put Sebastian Vettel out of the Italian GP.

The German was forced to retire from Ferrari’s home race when his SF1000 suffered brake failure early in the race.

On lap 6 Vettel went crashing through the polystyrene boards at the first chicane when his brakes failed.

Reporting that his “brake line exploded”, the four-time World Champ crawled back to the pits and parked his car.

Speaking about the failure, Ferrari’s Head of Strategy Inaki Rueda said that Vettel’s car “still had some braking effect given that the front brake system was still working.

“Obviously, it was not enough to continue and so he retired.

“Now we must understand what happened and we are working on that with Brembo.”

Vettel can't get the car stopped at Turn 1, and dramatically smashes through the polystyrene barrier

The Monégasque driver escaped without serious injury when he speared into the tyre barrier, burying the front end of his SF1000.

That brought out the Safety Car followed shortly after by the red flags.

“It was a heavy impact but Charles emerged completely unscathed, as confirmed by the medical centre at the track and then after more extensive checks yesterday in Monaco,” he said.

“Once again it showed just how high are the safety standards in Formula 1, although one can never drop one’s guard on this front, so we must always study every accident to learn as much as possible to reduce the risk to a minimum.

“It’s this perseverance and attention to detail, which has led to rigorous safety systems, guaranteeing maximum driver safety.”

The Monza double DNF meant for the second race in succession Ferrari failed to score a single World Championship point.

The Scuderia fell to sixth in the Constructors’ standings with 61 points, 220 behind Mercedes.