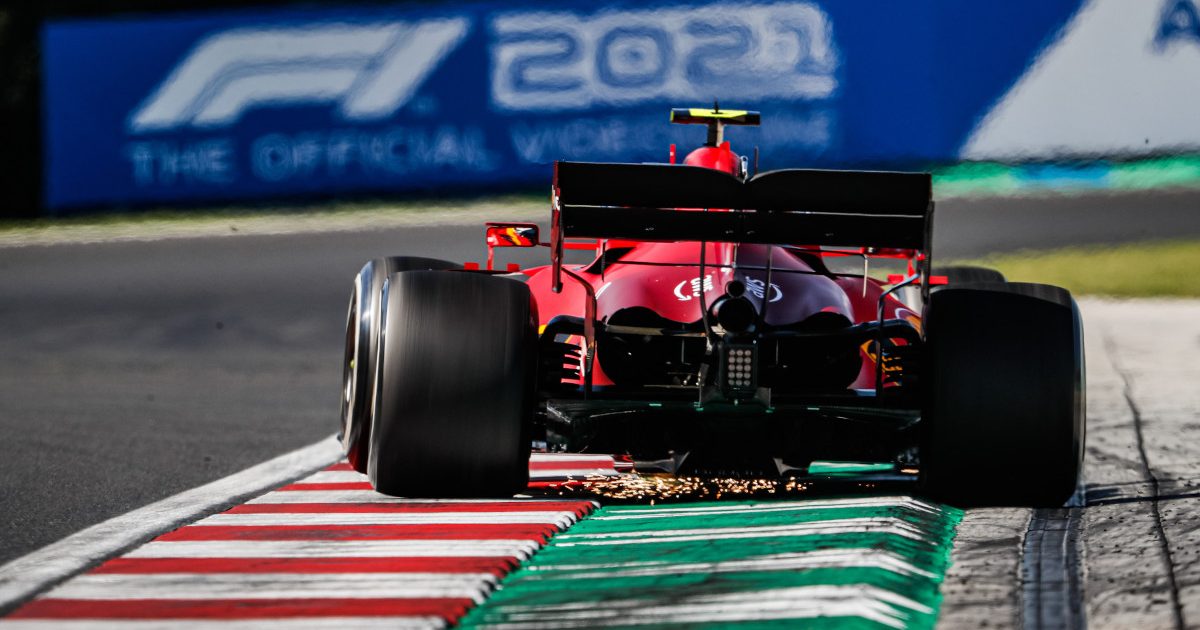 Ferrari broke curfew at the Hungaroring on Friday night in order to fit Carlos Sainz’s SF21 with a new power unit.

It was the first of the team’s two exemptions with regards to curfew.

Ferrari did not have a good start to the Hungarian Grand Prix weekend, Charles Leclerc P11 to his team-mate Sainz’s P12 in FP2.

Both Ferrari drivers were roughly 1.4s down on Valtteri Bottas’ P1 time with the Scuderia conceding it is not looking good based on Friday’s times.

“Yes it was a bit of a strange one,” said Sainz on Friday evening.

“I guess in FP1 we were quite happy with how everything went then FP2 was a bit of a weird one because the car didn’t feel any worse, or it didn’t feel particularly bad, it’s just that the others managed to be improved.

Checking the data from his Ferrari after practice, the Scuderia opted to change his power unit overnight.

According to reports “some parameters did not satisfy” Ferrari, leading to the change. The team broke curfew to do so, their first of two exemptions.

The new power unit is Sainz’s third of the campaign meaning the Spaniard will not be slapped with a penalty.

It is, however, his last free PU before penalties are incurred.

Sainz is hoping that the rain forecast for Saturday and Sunday arrives.

“I think I like it, first of all, and it should help,” he said. “It should help everyone because the temperatures we were running in on Friday make the Formula 1 cars and tyres very, very on the limit but hopefully a bit more to us, I wish, at least.”

He added: “Unfortunately, before coming here we knew we had some weaknesses in our package and in our car; we knew in certain corners it was not going to be particularly good.

“We could prove that. I mean in Monaco we would never be P11, P10 in a practice session and today unfortunately as soon as something went in the wrong direction, we found ourselves out of the top 10.

“So it shows we are a lot more vulnerable in this sort of track.”