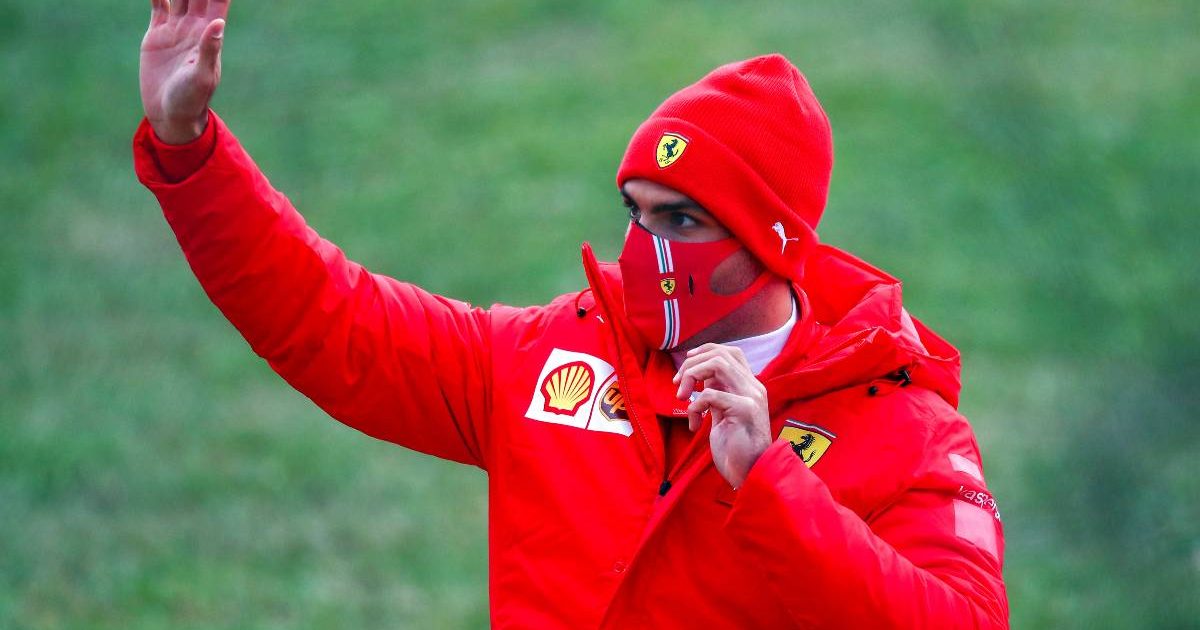 Mattia Binotto has said “many people congratulated” him at the end of last season for choosing Carlos Sainz as the next Ferrari driver.

Ferrari made their intentions for 2021 clear two months before the 2020 Formula 1 action had even got under way when they announced Sebastian Vettel would leave the team and be replaced by Sainz, who was to move from McLaren.

That transition is now bedding in, with Sainz having taken part in the first half of the Scuderia’s launch for the forthcoming campaign alongside his new team-mate Charles Leclerc.

The Spaniard has already driven an old-spec Ferrari in a test at Fiorano and also during the team’s trial of the 2022 prototype Pirelli tyres at Jerez.

Next steps for Sainz will be the unveiling of the SF21 in Bahrain on March 10, its shakedown the next day, pre-season testing and then the first race of the season at the same Sakhir venue two weeks after that.

The return to the Middle East will bring back positive recent memories for Sainz because at the final race of last year, in Abu Dhabi, he bade farewell to McLaren on a high note when they secured third place in the constructors’ World Championship standings.

Who’s looking forward to seeing it in action? 🏎#essereFerrari 🔴 pic.twitter.com/G8pJlwTS7J

“Last year, at the end of the season, many people congratulated me on the choice I made,” said Ferrari team principal Binotto, quoted by Mundo Deportivo.

“I am very happy with the choice of Carlos. He is the right driver for Ferrari and to be Charles’ team-mate.

“Before signing Carlos, we did a lot of analysis of the previous seasons, how he had progressed, his words to the media, how he started in F1 and how he progressed.

“We knew he was a very good racing driver, very consistent in the race. Looking at the constructors’ World Championship, we needed a great team-mate for Charles.”

Although Sainz will only get one-and-a-half days in the SF21 during pre-season testing, Binotto thinks Ferrari are doing all they can to prepare him for the season as well as possible.

“It is true that having only three pre-season days (one-and-a-half per driver) is a very short period,” added Binotto. “We already know that for Carlos it will be a challenge.

“But Carlos is very well integrated and his comments to the engineers have been good, just as his speed on the track has also been good, and his development day after day.

“All this needs some time. We don’t expect him to be fully 100% integrated at the start of the season but again, every day is important.

“I believe he will be prepared at the beginning of the season – if not 100%, it will be very close. He is not a rookie, he is a professional driver and he handles the situation very well to be prepared.”