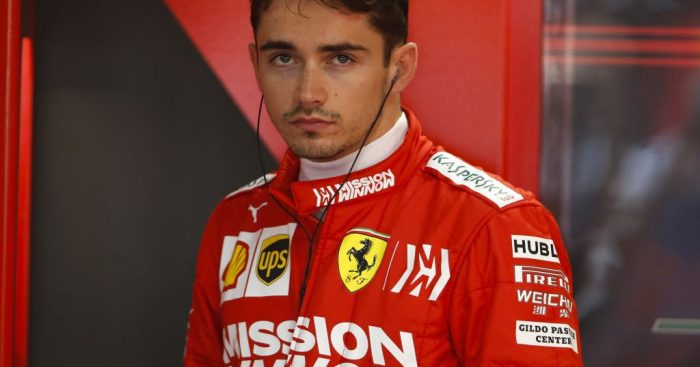 Ferrari appear to have escaped grid penalties for Charles Leclerc as his engine went up in smoke during final practice ahead of the United States Grand Prix.

Leclerc was unable to set a timed lap in FP3 as he was forced to come to a stop after reporting problems with the engine.

Smoke was billowing from the airbox and was still doing so at least 30 minutes later when the Ferrari crew were taking the stricken car back to the garage for further inspection.

As Ferrari had replaced the engine overnight to the one due to be used in qualifying and the race, the immediate fear was that Leclerc would have to go outside of his pool of power units to fit a new one which would result in engine penalties.

However, Ferrari have confirmed in the lead up to qualifying that Leclerc has reverted to an older spec engine instead.

The Scuderia also revealed that the problem suffered was an oil leak on Leclerc’s SF90.