Ferrari are to press ahead with their appeal against Racing Point’s punishment in the F1 ‘copying’ row – despite Renault’s withdrawal.

That’s according to reports from the PA news agency, who understand Ferrari are to seek further clarity over the FIA’s verdict as well as stricter sanctions.

Found guilty of breaching F1’s sporting regulations for the design of their rear brake ducts being too similar to last year’s World Championship-winning Mercedes, Racing Point are appealing against that decision and the resulting punishment of a 15-point deduction and 400,000 euros fine.

Conversely, Renault, who launched the original protest, and Ferrari also appealed based on their opinion that the sanctions are too lenient.

However, the French manufacturer have revealed they are discontinuing their part in proceedings, saying the controversy “should be put behind us” following the signing of the new Concorde Agreement that binds together the 10 competing teams.

PA, though, are reporting that Ferrari will take the matter to the FIA’s International Court of Appeal, with the case likely to be heard at some point during the autumn. 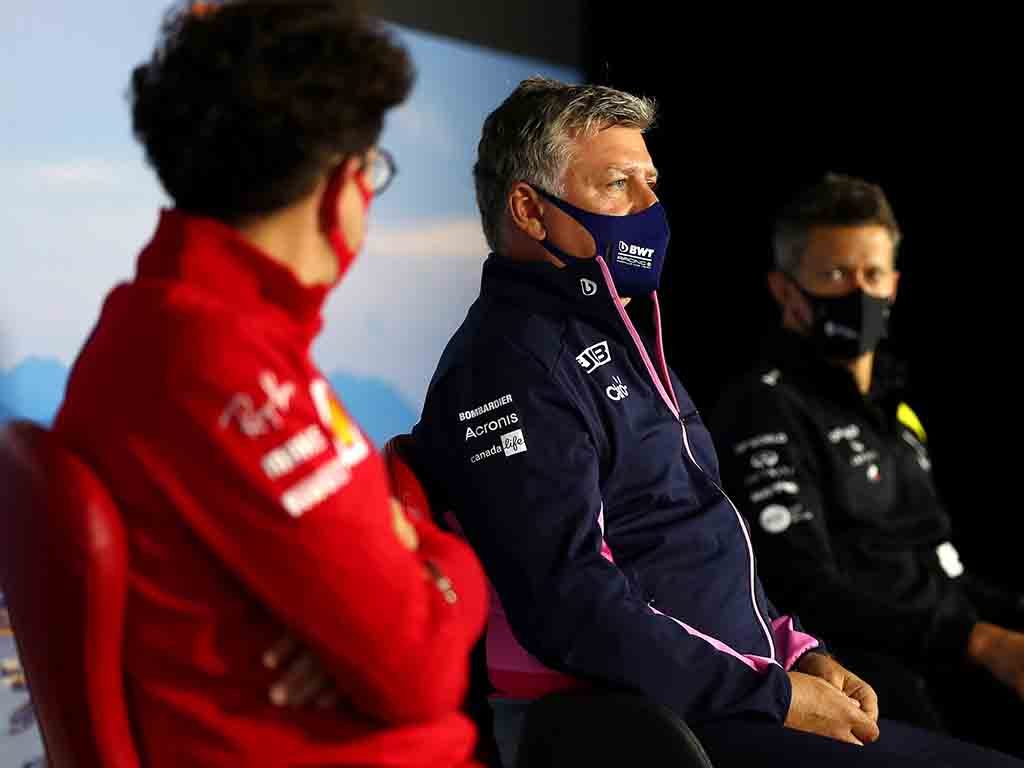 Renault, who first protested the Racing Point car at the season-opening race in Austria last month, said they were satisfied the new Concorde Agreement would safeguard against a repeat of the copycat row.

In a statement, Renault said: “Beyond the decisions, the matters at issue were vital to the integrity of Formula 1, both during the current season and in the future.

“However, intensive and constructive work between the FIA, Renault DP World F1 Team and all Formula 1 stakeholders has led to concrete progress in safeguarding the originality in the sport by way of amendments to the Sporting and Technical Regulations planned for the 2021 racing season, confirming the requirements to qualify as a Constructor.

“Reaching this strategic objective, in the context of the new Concorde Agreement, was our priority.

“The controversy of the start of this season should be put behind us, as we need to focus on the remainder of an intense and unique championship.”