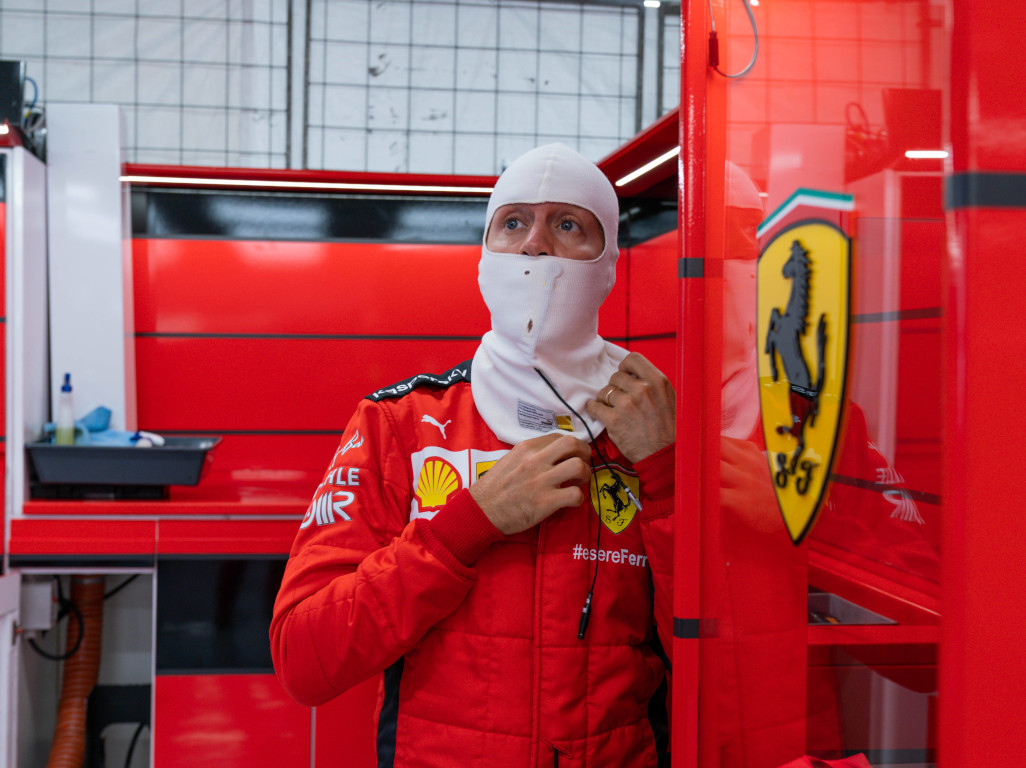 Sebastian Vettel hinted at a Ferrari conspiracy costing him lap time, and points, however, that’s been shot down by team boss Mattia Binotto.

Vettel was once again Ferrari’s second best driver at this past weekend’s Portuguese race where he was P10 to Charles Leclerc’s P4. In fact the German has yet to beat his team-mate on a Sunday.

The German’s fall from grace is making headlines in his final season with Vettel having been told before the start of the campaign that he was no longer wanted.

Instead he’s off to Racing Point while Carlos Sainz is taking his Ferrari seat.

Vettel, who before teaming up with Leclerc had only ever lost one season to a team-mate which was Daniel Ricciardo back in 2014, hinted to RTL that there’s more going on than what meets the eye.

“On the one hand, I’m satisfied because I had the feeling that I drove a good race,” he said. “I had a hard time at the beginning, lost places, and almost lost the car two or three times. After that I actually drove a good race.

“But, on the other hand, it is obvious that the other car is much faster.

“Where I lose time? I have been biting my tongue all year long.

“Some idiot might never figure it out, but am I a complete idiot? I doubt it.

“At some point you should be lucky and hit the limit. I never hit it and if I do, then only with a lot of difficulty. On the other side [of the garage] it looks much easier.

“I have to look at myself and do my thing, but of course it hurts. Especially because my own expectations are higher than the expectations from outside.

“I don’t really care about all the fuss. But for me in the car, it is of course difficult to process, because I am too ambitious and too hungry for more.”

Binotto has rubbished any suggestion that Ferrari aren’t playing fair with the drivers.

According to Motorsport.com, the Italian hit back to Sky Italia insisting that both drivers have the same equipment at their disposal.

“Seb and Charles’ cars are identical, no doubt,” he told Sky Italia.

“I sincerely hope that Sebastian will be able to qualify better in Imola, and show more of what he is capable of during the race.

“Charles is certainly very good, but maybe you expect even more from the second driver.”

Vettel’s P10 in Portugal was only his second points-scoring result in six races with the German up to 18 points while Leclerc has 75.