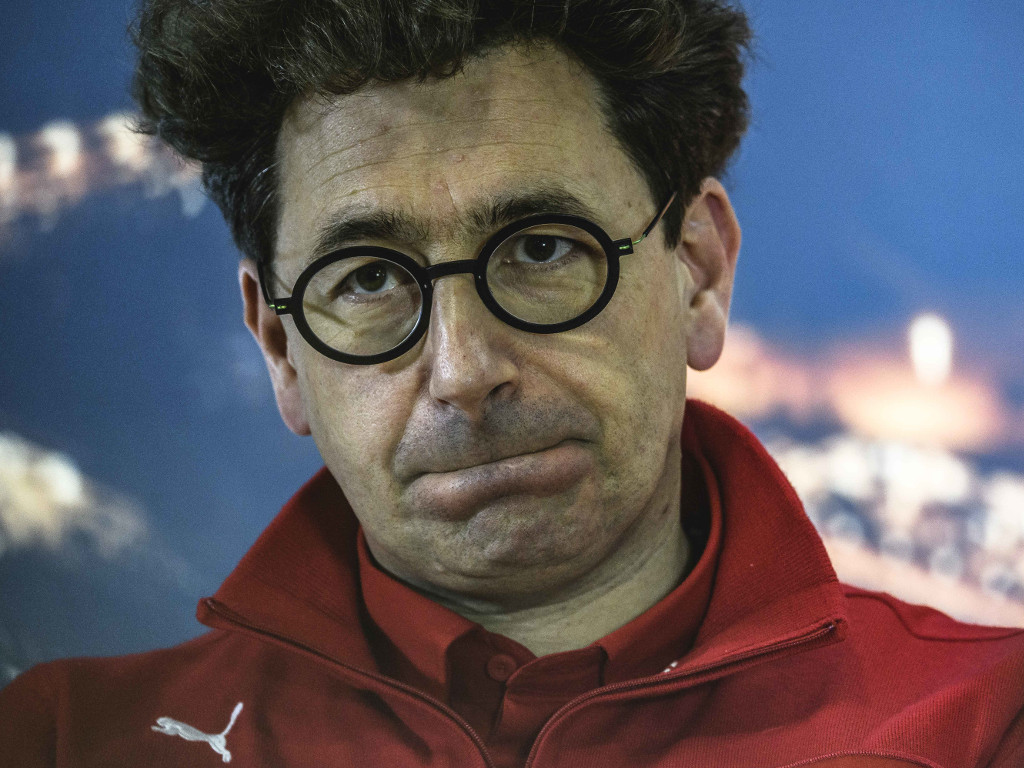 Ferrari arrived at the Monza circuit well aware that they were facing a difficult weekend given their lack of straightline speed.

While Sebastian Vettel dropped out of Q1 at the very first hurdle, his team-mate Charles Leclerc at least made it into Q2. That, though, is where his Saturday stopped.

Lining up 17th and 13th on the grid, neither driver was able to make up positions at the start with Vettel coming under attack from the Williams of George Russell on lap 6.

The German’s Ferrari put an end to that brief battle when the brakes failed, sending Vettel hurtling off the track and through the polystyrene boards.

Reporting that his “brake line exploded”, Vettel crawled back to the pits to record his third DNF in seven races.

Vettel can't get the car stopped at Turn 1, and dramatically smashes through the polystyrene barrier

Ferrari’s weekend went from bad to worse as Leclerc crashed heavily at Parabolica.

Losing the back end of his SF1000, he went flying off the track before spearing into the tyre barrier nose first.

Charles is out of the car and okay#ItalianGP 🇮🇹 #F1 pic.twitter.com/BLUjaIGKwq

The double retirement meant for the second race in succession Ferrari failed to score a single World Championship point.

As a result the Scuderia dropped to sixth in the Constructors’ Championship, 10 points behind Renault in fifth.

“Not finishing the race it’s even worse and not performing, especially with Seb which was a reliability issue on the car, so I think it’s time to look forward.

“I think all these problems for us are lessons learned and we must make sure in the future that we are doing better.

“Certainly we knew that Spa and Monza were going to be difficult for us and the worst ones.

“Hopefully the next one can be a bit better but at the end I think the performance of the current car is certainly not what we would like.

“But I think it’s more important for us to make sure that we are looking ahead and progressing with the car development.”

Ferrari head to Mugello immediately after Monza for what will be the Scuderia’s 1000th Formula 1 grand prix.

It is, however, expected to be another difficult weekend for the Italian stable.