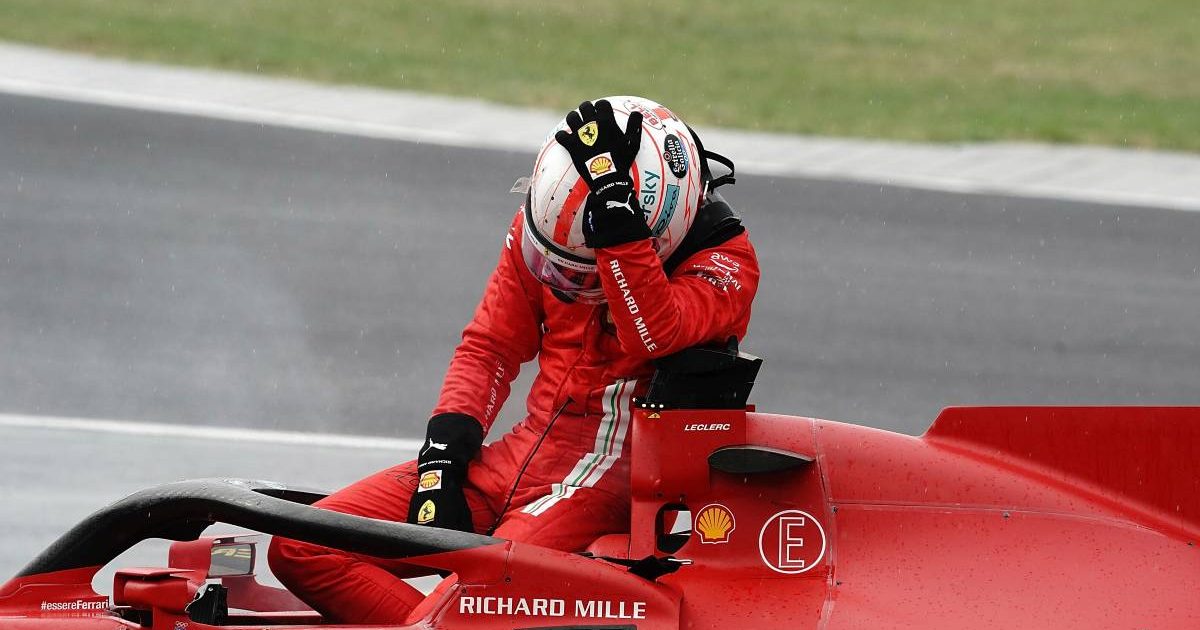 Ferrari have announced Charles Leclerc’s engine was “irreparably damaged” in his Hungarian Grand Prix exit – and it could lead to a grid penalty.

Leclerc was an innocent victim – in Ferrari’s own words – of the Turn 1 melee at the Hungaroring, taken out by Lance Stroll as the Aston Martin driver went for a risky run up the inside on a circuit dampened by a rain shower.

Both cars were forced out of the race, along with three more as a result of Valtteri Bottas slamming into the back of Lando Norris – an incident Stroll said he was trying to avoid as he veered onto the grass and hit Leclerc.

Judging by the fact they have issued a statement explaining the predicament in which Leclerc now finds himself engine-wise, Ferrari appear to be very disgruntled by what happened in Budapest.

The problem is that Leclerc is now “highly likely” to need a fourth engine this season, exceeding the maximum of three, and which would therefore trigger a grid penalty.

“The accident in which Charles Leclerc was an innocent victim shortly after the start of the Hungarian Grand Prix came at the cost of robbing him of the chance of a great result at the Hungaroring,” began the statement.

“However, examination of the number 16 SF21 carried out on Monday in Maranello revealed that on top of this, the engine was irreparably damaged and cannot be used again following the impact from Lance Stroll’s Aston Martin.

“This is a further blow for Scuderia Ferrari and the Monegasque driver. This damage has a financial impact and also racing ramifications given that over the remaining 12 race weekends this season, it is highly likely the team could be obliged to fit a fourth ICE to Charles’ SF21, thus incurring grid penalties.”

Ferrari are not the only team to have raised such issues because Red Bull appear to have now lost the use of two engines as a result of incidents triggered by Mercedes drivers.

Max Verstappen’s Honda engine was damaged when Lewis Hamilton collided with him at Silverstone and had to be replaced before the Hungarian Grand Prix, while Sergio Perez’s power unit is also said to be a write-off as a consequence of the Budapest carnage.

Ferrari team principal Mattia Binotto and his Red Bull counterpart Christian Horner have both called for reimbursement for the cost of damage inflicted by rivals.

Binotto said: “I think what we may consider is that if a driver is faulty, the team of the driver should pay at least to the other teams for the damages and repairs. That will make the drivers more responsible.”