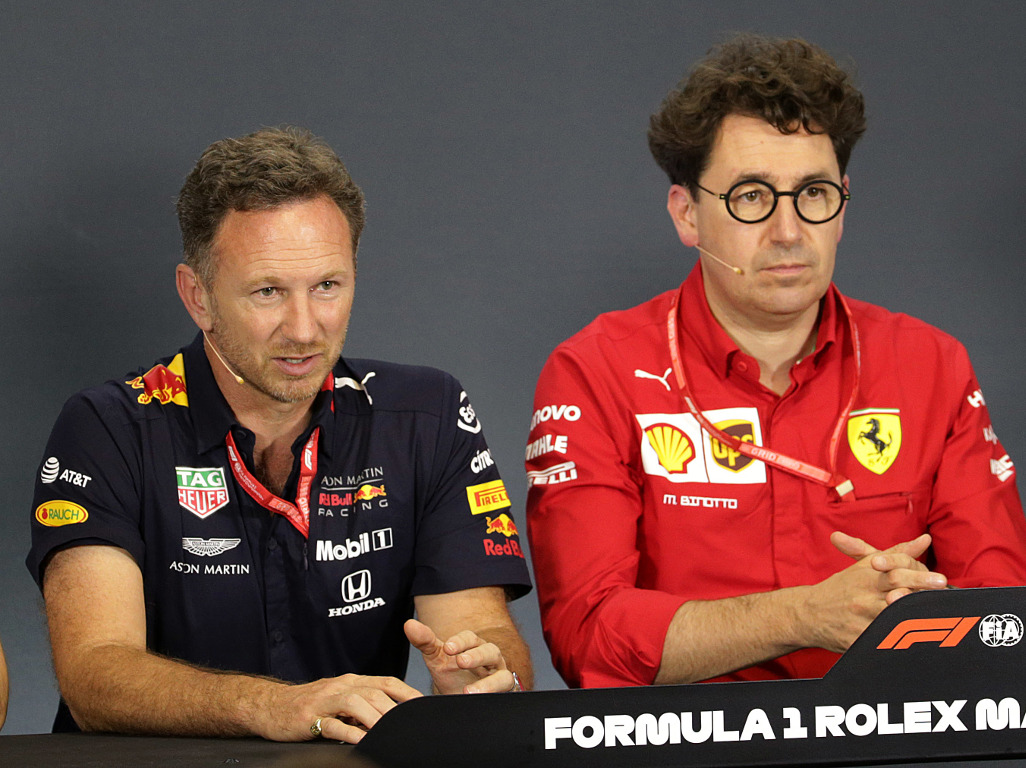 With F1 considering a 24-year calendar for 2021 with no extra engines, Mattia Binotto believes bringing the tally up to four in order to include Spain on next year’s calendar is “simply wrong”.

The Spanish Grand Prix is expected to feature on next year’s calendar but that would mean 22 races.

Although the Catalan government has “authorised” the signing of a one-year extension, in order for the race to be included the teams would have to give the go ahead ot increasing the calendar.

One of the factors in deciding that would be engine allocation with teams already struggling to complete a season with the current three engines.

As such there has been talk about upping the allocation to four engines for 2020, however, Ferrari boss Binotto is against that idea.

“We are supportive on a 22nd race if that means some more revenues but we need to certainly be careful on the costs, the extra costs,” he said.

“If you look as well at 2021 at the moment we are discussing for 24 races but no extra engines, no extra units, so I think it’s only a path to 2021, so increasing the number of units for next year would be simply wrong.

“It would mean, yes, more revenues, but then more costs, which would make no sense overall and so it should be on the power unit manufacturer to try to do an effort which is in the direction of 2021 to afford an extra race with the components we’ve got.”

But while Binotto is against upping the engines to four, Red Bull team boss Christian Horner says he would be OK with the idea as long as testing was reduced thus off-setting the costs.

“The commercial rights holder has come to us to say, you know, that 22 races is a possibility for next year and would we support it,” the Brit explained.

“And I think if we are to introduce a 22nd race the majority of teams are taking penalties and using four engines anyway, so one would assume that it would make sense to increase the allocation on power units and components and perhaps if we look at the ratio and say ‘well, OK, rather than using engines for going testing and if we reduce the in-season testing and pre-season testing slightly, if that frees up an engine that the majority of teams they’re going to use anyway.

“From the next race there is going to be a whole raft of penalties coming through, and we’re only just halfway through the season, so introducing another race on top of that and expecting teams to get through on three engines and three sets of components is a bit of a tall ask.”