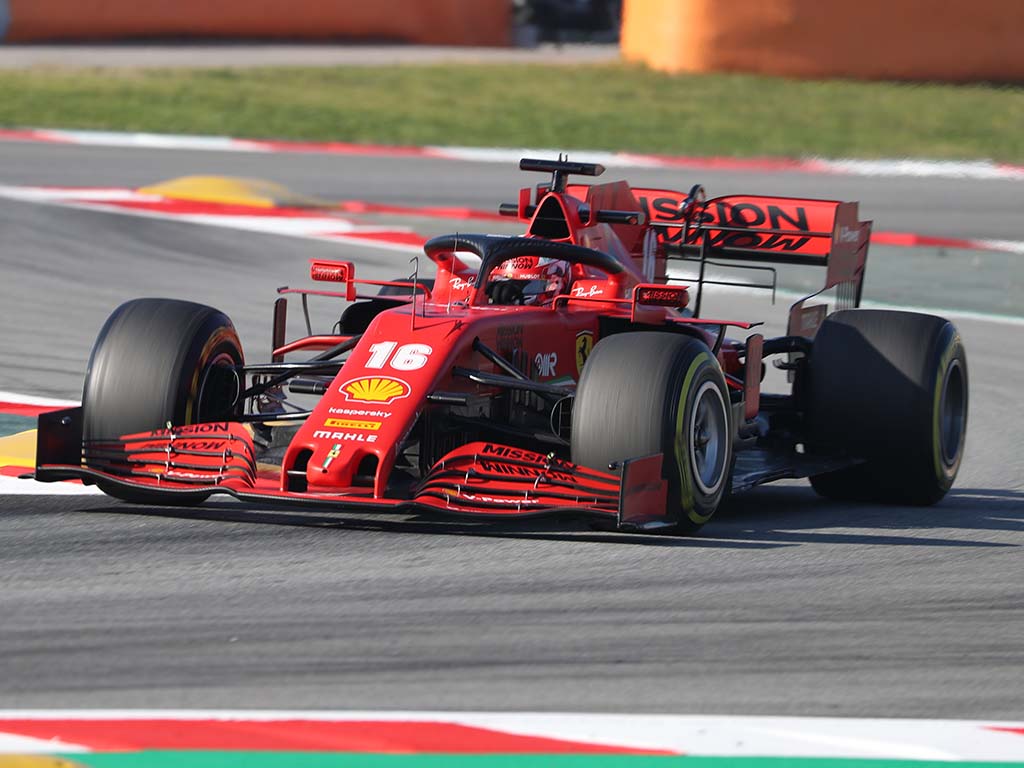 Ferrari’s fortunes showed little sign of an upturn in Friday practice for the British Grand Prix, with Charles Leclerc describing his car as “extremely hard to drive”.

This week, Ferrari chairman John Elkann admitted it will be 2022 before the Italian giants can “return to winning” and it looks unlikely a nice surprise is in store at Silverstone this weekend.

In fairness, Leclerc split the Mercedes duo in FP2 by finishing P4. But with his team-mate Sebastian Vettel struggling throughout the day, it was the Monegasque driver’s words that indicated the true picture for the Scuderia.

“The qualifying pace is definitely a bit better than what we expected to be honest, so that’s good,” Leclerc told the official Formula 1 website.

“We have taken quite a radical approach with our downforce level, so it seems to pay off in quali but it doesn’t in the race [runs], so we need to analyse the data and see what we will have to do tomorrow.

“The balance was extremely hard to drive. Very, very difficult not to do a mistake, so we definitely need to do something on that because otherwise doing that many laps like that during the race with this balance will be a huge challenge.

“But again, we can still change quite a lot of things, so we will try to understand what we can change to maybe sacrifice more of the quali pace to be better in the race.”

Vettel had to completely write off FP1 due to an intercooler issue, failing to set a time, while in the afternoon he completed 23 laps but still found himself down in P18, more than 1.5sec off the pace.

“It was a disrupted day,” said the German, who is yet to announce his next move after Ferrari revealed they would not renew his contract at the end of this year.

“We had an issue with the brake pedal and had to stop and fix that, so it was a bit difficult to get into a rhythm.

“I think overall a little bit to learn from and take away for tomorrow and we need to improve the car, so we’ll see where we are tomorrow.

“The track should cool down tomorrow and I hope we can come up with something.”