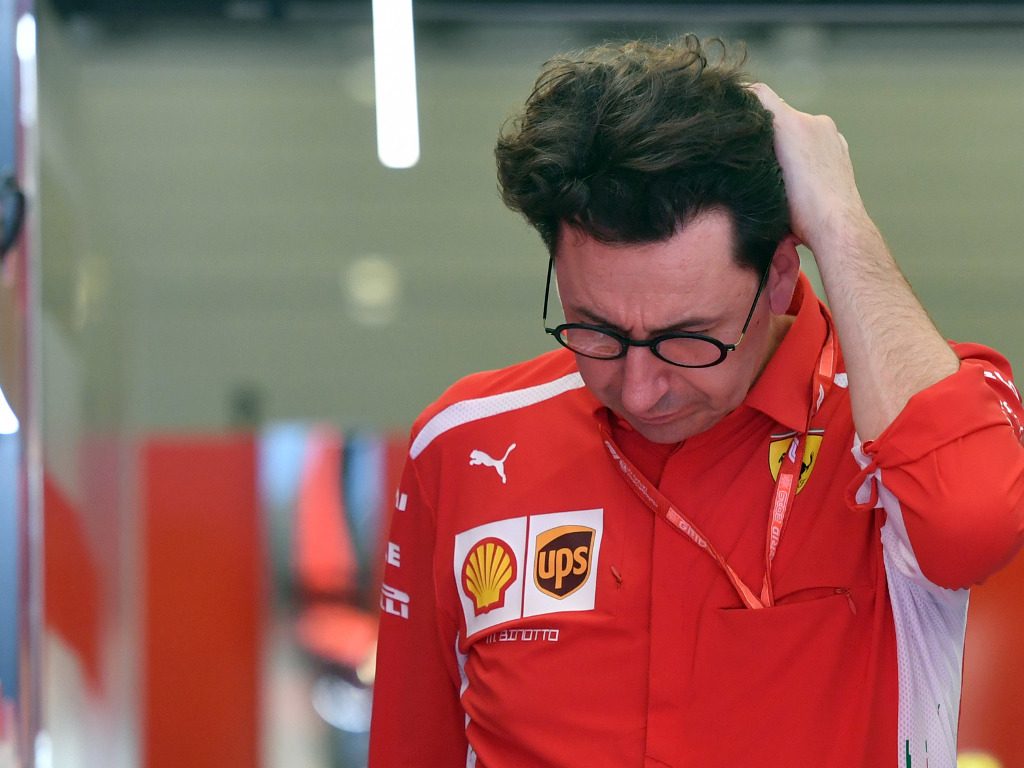 Mattia Binotto is somewhat perplexed about what went wrong with Charles Leclerc’s fuel amount in Abu Dhabi as Ferrari have been checked “10 times” this season without a single problem.

Prior to the start of this year’s championship, F1’s head of single-seater matters Nikolas Tombazis issued a Technical Directive stating that teams have to declare the amount of fuel in each car prior to the pre-race reconnaissance laps.

This amount of fuel has to be in the car’s tank 40 minutes before the race.

The FIA then does random checks with Leclerc’s Ferrari having a 4.88kg difference between what Ferrari had declared and what was actually in the tank.

Binotto says this is the first time Ferrari have made a mistake.

“It is not the first time we are doing it,” he told Autosport. “This season we have been checked at least 10 times.

“So it’s not the first time and it has always been OK, but today we’ve got a discrepancy.”

Ferrari was fined €50,000 by the FIA for ontravening a technical directive.

“You declare a certain quantity of fuel at the start of the race that you’re filling in the car,” Binotto continued.

“The FIA may sometimes try to check what has been declared by simply weighing the car, emptying the car, weighing it again, do the difference, and try to verify if you got [a difference].”