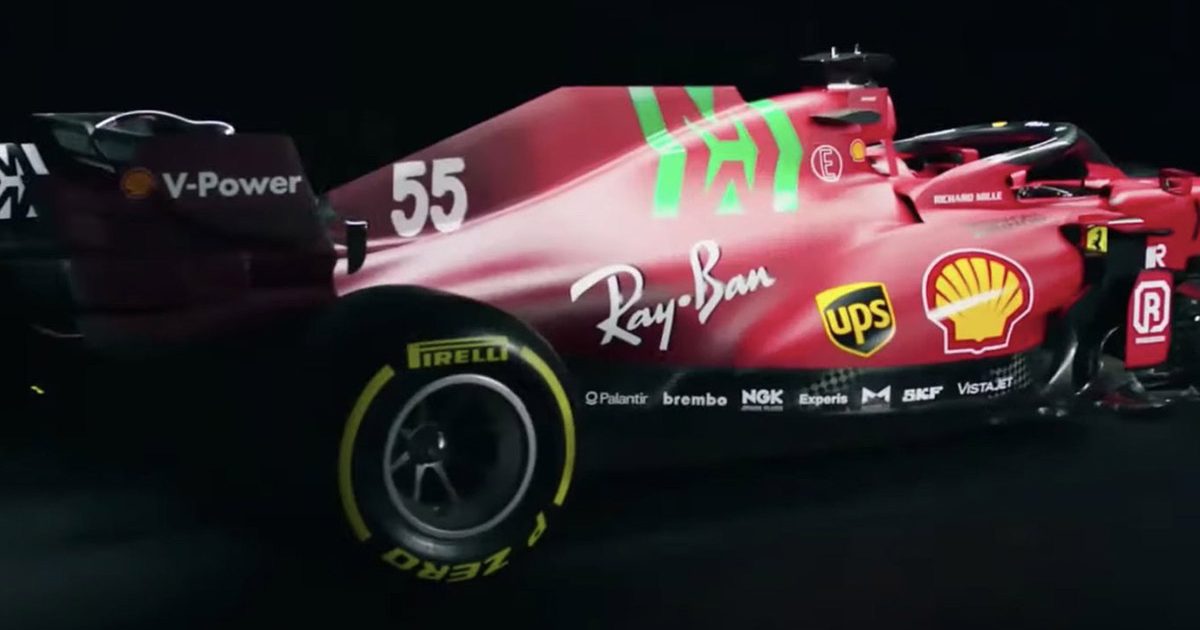 Ferrari drivers Charles Leclerc and Carlos Sainz have revealed the green branding on the new SF21 car was a last-minute addition to the livery.

The Scuderia have finally unveiled the car with which they hope to turn around their fortunes in 2021 following a miserable 2020 campaign.

On the technical side, there are high hopes for the new engine, new nose and front wing and the revamped rear of the car, on which the two permitted development tokens were used.

But there are also obvious cosmetic differences, notably the burgundy tone on the rear of the chassis and the rear wing which blends in with the more traditional red.

Burgundy has historical significance for Ferrari dating back to their early days in F1 and that was also reflected by the livery of the cars at last year’s Tuscan Grand Prix at Mugello, the constructor’s 1,000th race in the sport.

However, perhaps even more eye-catching is the green branding of sponsor Mission Winnow which appears on the engine cover.

In a video presented by the two drivers, offering their reaction to the new car, Leclerc and Sainz discussed how the green had been a late inclusion – “only one week ago, more or less” according to the Spaniard.

“We didn’t expect the green,” said Sainz, who has joined the team this year as replacement for Sebastian Vettel.

Leclerc added: “It was a last-minute change. I have to say I’m getting used to it, seeing it on the car.”

Of the SF21’s general appearance, the Monegasque driver said: “I love it. I like the car. I like the colour – it looks a little bit more dark compared to last year and there is also the other shade of red at the back.”

The SF21 will be seen in action for the first time on Thursday on the first of its two permitted filming days, the shakedown taking place at the Bahrain International Circuit the day before pre-season testing begins at the same venue.

“The car is getting ready and we are about to do our first laps tomorrow, only more or less 10 laps each,” said Sainz, who left McLaren to join Ferrari.

“But at least we will get our first taste and on Friday we start to get serious, starting to properly test the car and getting ready for the season.”