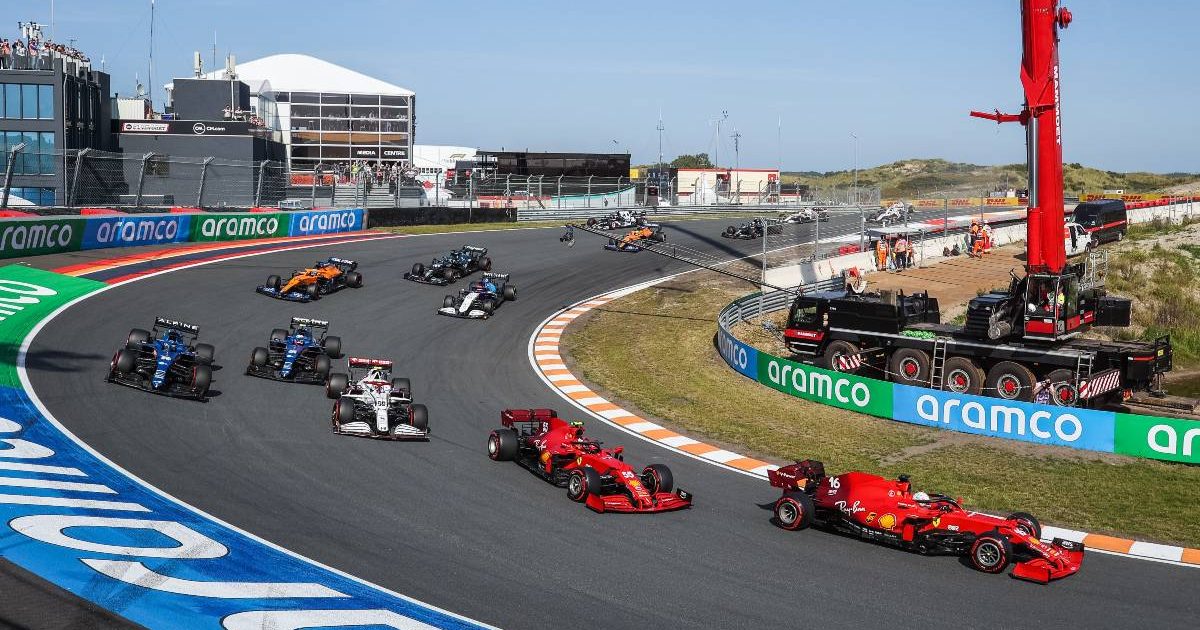 Once the pandemic is over, Ferrari racing director Laurent Mekies hopes triple-headers are one of the first concepts to be scrapped.

Formula 1 first attempted holding three grands prix in as many weekends back in 2018, and it is safe to say that the French, Austrian and British GP combination did not go down well with the teams.

But they have made a comeback as Formula 1 races through the pandemic, with two more confirmed for the 23-race 2022 campaign.

Mekies accepts that Formula 1 is still operating in pandemic times, so the guard against triple-headers has been dropped.

But once the pandemic is over, that is when talks will start to quickly ensure that they do not happen again.

“I think it is clear it is very challenging for Formula 1 to put a great calendar together in the context of the COVID-19 pandemic,” said Mekies at the Turkish Grand Prix in response to a question from The Race.

“So in that context we obviously understand that there needs to be a level of flexibility from the teams which is why we just have to cope with these triple-headers now and then once, hopefully, the pandemic is out of the way, we will sit down again and see how to move forward as it’s probably the aspect that is the most taxing for the race team.

“Hopefully it will be the first thing that will go away once the pandemic is out of the radar.”

“Well, the first time you do a triple-header it’s all new and then from there on you learn and you do some things to make the triple-headers easier,” he said.

“However, they still are very taxing on all of us. We have two of them next year and hopefully after the pandemic is truly behind us we can look at the calendar and minimise or even get rid of all the triple-headers.

“The nice thing next year is that we start mid-March and finish mid-November, which gives us a decent winter break. You can put up with a triple-header or two if you know you are not racing up until Christmas.”

He recently said that anyone in Formula 1 who is not happy with a 23-race season should quit.

“The first triple-header is the easy one – Zandvoort, Spa and Monza. I don’t think there is any problem,” he said.

“The second one with Russia, Singapore and Japan is a little bit more a heavy one but I think from the logistics side everything is under control, we are then nearly in the same time zone so I don’t expect any problems.”