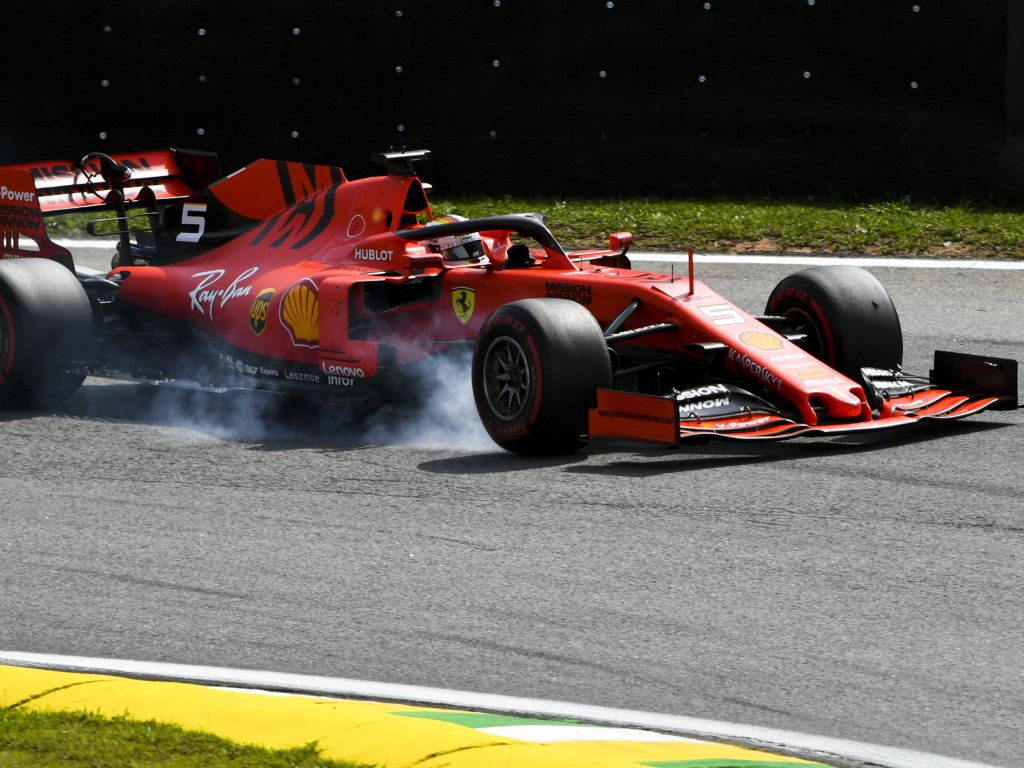 Ferrari once again were left to hang their heads in shame as Sebastian Vettel and Charles Leclerc eliminated each other from the Brazilian GP.

Here’s how a crazy race day unfolded around Interlagos…

Daniel Ricciardo was heading into this one minus a cap.

But the real star of the pre-race show was Bruno Senna who took us back in time. An emotional tribute to his uncle, the late great Ayrton Senna.

Ready for the #BrazilianGP? Here’s an iconic image from this morning to get you in the mood #SennaTribute pic.twitter.com/gdEUyy9XEZ

Max Verstappen kept the lead off the line while Lewis Hamilton pulled a lovely move on Sebastian Vettel around the outside of Turn 2. Though that squabble gave Verstappen some early breathing space. 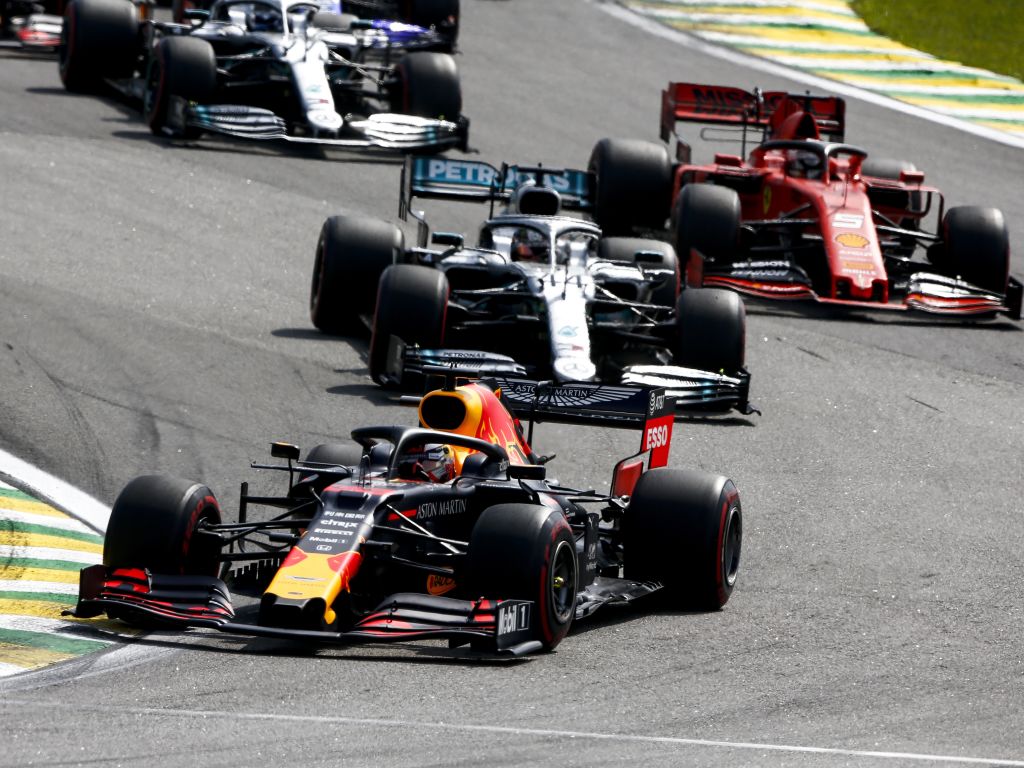 Charles Leclerc after starting P14 was making progress nicely through the order, but the same couldn’t be said for Ricciardo who sent Kevin Magnussen into a spin.

The Renault man would need a new front wing and earned a five-second time penalty, while Magnussen righted his Haas and carried on in P18.

Hamilton was the first of the front runners to pit on Lap 20 as Mercedes looked to undercut leader Verstappen. A new set of softs went on as he committed to the two-stopper.

Red Bull responded on the next lap and fitted a new set of softs to Verstappen’s car. It seemed the job was done, that was until Williams released Robert Kubica into Verstappen’s path, handing the lead to Hamilton.

But as it turned out, that incident didn’t really matter to Verstappen.

Verstappen bites back! He cuts back past Hamilton at Turn 1#BrazilGP 🇧🇷 #F1 pic.twitter.com/MryhrIu451

The duo closed in on new race leader Valtteri Bottas, but he swiftly dived into the pits and fitted the hard tyres to go to the end. Leclerc, who had been running P4, did the same. 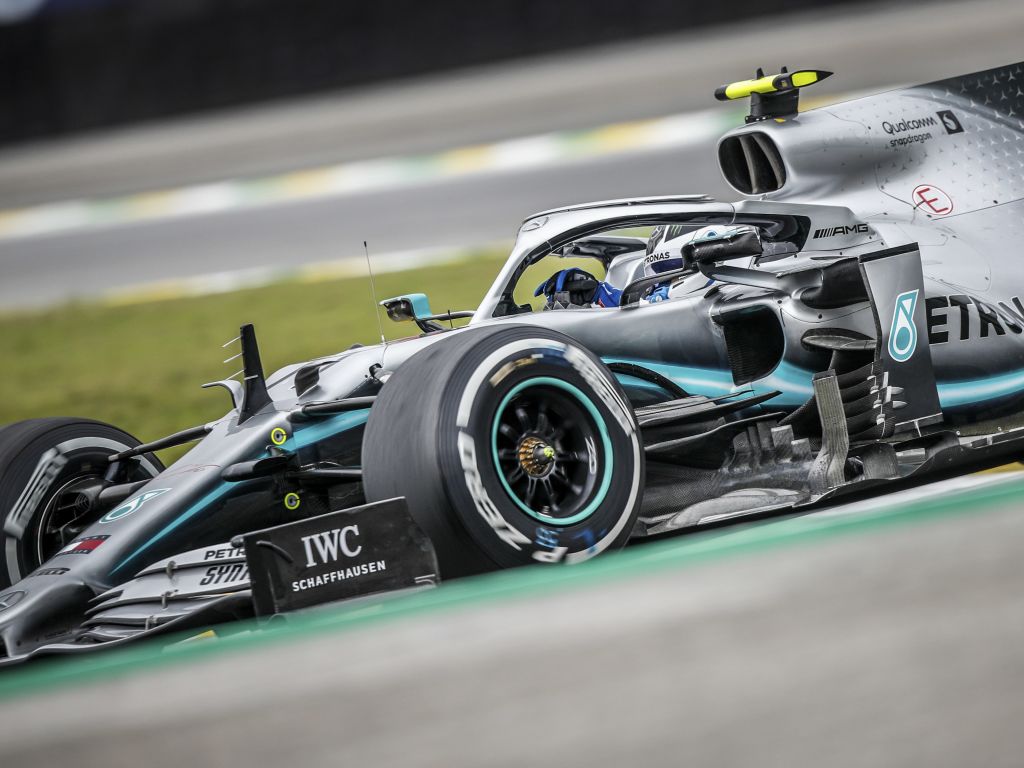 Williams arguably got off lightly with a five-second time penalty for Kubica.

5 second time penalty for #RK88 after an unsafe release…not sure if that was seen on TV or not…#BrazilGP 🇧🇷 pic.twitter.com/GnaxWGAgcO

Bottas gave up on the one-stopper after 11 laps, pitting for the medium tyres to defend against a possible undercut from Alex Albon.

Bottas on a "Whatever, who cares" strategy then.

Lap 44 and in came Hamilton to fit the mediums. The Mercedes man had his say on the state of the soft tyres he ditched, but the super reliable graphics didn’t agree.

Hamilton: These tyres are ****

Red Bull responded and kept Verstappen ahead of his main challenger.

Verstappen retains the lead, but he's only 1.3s ahead of Hamilton now.#F1 | #BrazilGP 🇧🇷

Mercedes are known to struggle at high-altitude tracks and Bottas’ pursuit of Leclerc proved too much for that V6. The Finn tried his best to pull off at a safe place, but the Safety Car was deployed.

Valtteri's on fire, his V6 is terrified

In came Verstappen to fit the soft tyres, Hamilton stayed out. Red Bull had given up track position and now needed their star man to deliver.

Hamilton used every hold-up trick in his book, but Verstappen read it perfectly to re-take the lead through the Senna S.

Albon was defending valiantly from the Ferraris, but the Scuderia found a way to take themselves out of the fight.

The moment the race turned on its head 🤯#BrazilGP 🇧🇷 #F1 pic.twitter.com/Y77NrJMJ0g

But then Mercedes almost took the award for fools of the weekend when they pitted Hamilton under the resulting SC. With 4 laps to go, Hamilton was now off the podium and Pierre Gasly was P3!

If this doesn’t restart, it’s going to be a Honda 1-2-3 with Albon and Gasly getting their first podiums on the same day #F1 #BrazilianGP

The action would re-start on Lap 70 – Hamilton made quick work of Gasly and set off after Albon. But then, disaster!

A Brazilian GP to rival the drama of 2008 – Verstappen took the win ahead of his former team-mate Gasly. The best finish for Toro Rosso since Italy 2008.

Hamilton completed the podium. But he admitted the Albon crash was his fault and the investigation was underway.

Gasly and Hamilton drag race to the line, but it's the Toro Rosso that holds on to P2 😱#BrazilGP 🇧🇷 #F1 pic.twitter.com/ZRgMCh0cvs