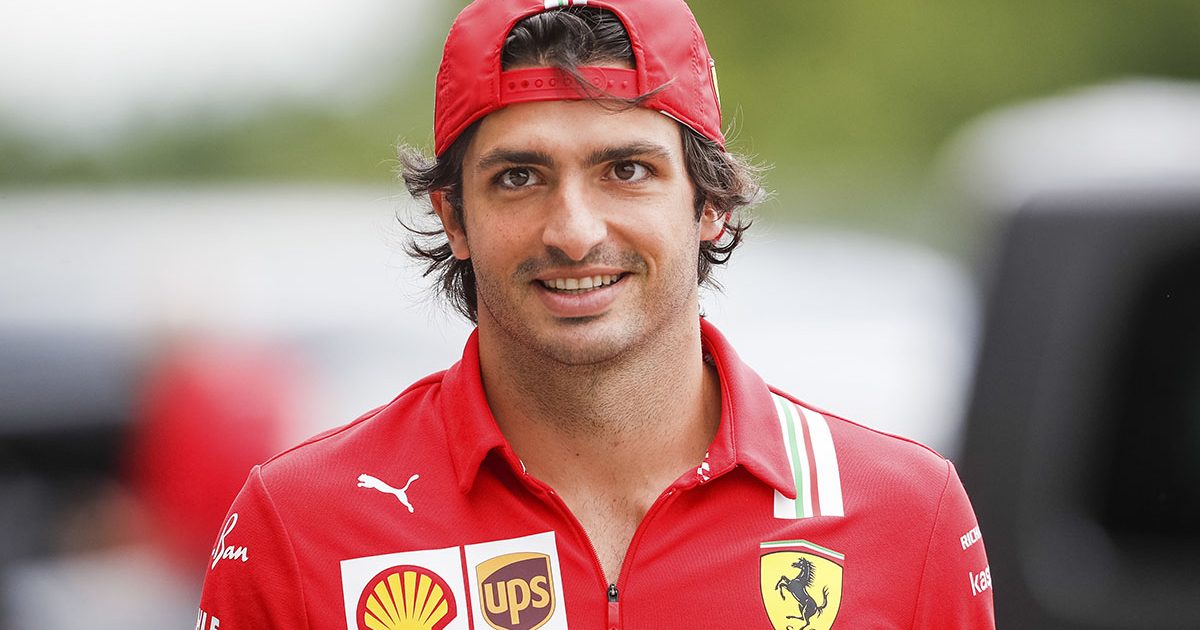 Carlos Sainz has said it is too simplistic to suggest that Ferrari’s problems this season are purely down to how the team look after the Pirelli tyres.

While Ferrari have made a significant step forward in 2021 following their worst finishing position in four decades last season, they still find themselves some way off challenging the likes of Mercedes and Red Bull for silverware.

The Scuderia’s season has resembled a rollercoaster at times, with notable ups and dreaded downs, most notably at the French Grand Prix where both Sainz and Charles Leclerc finished outside of the points.

But rather than just pinpointing the tyres as the issue, Sainz has said that the characteristics of the track are also playing a major role as well.

“The track characteristics determine our pure speed on a lap. The tyre [is more linked to] our performance in the race. Our car is good in slow corners.

“The slower, the better. That’s why we were strong in Monaco and Baku.

“On the other hand, we are still lagging behind in all areas where engine performance is crucial.

While some drivers initially struggled with their off-season switches to new teams ahead of the 2021 campaign, Sainz simply cannot be put in that category.

He has settled seamlessly into the Ferrari set-up following his switch from McLaren and has highlighted his ability to adapt as a particular strength.

“I’ve always been able to adapt well. Ever since I was young,” he stated.

“It has always been a challenge for me to be as quick as possible and at home with a new car or in a different racing category. That’s part of my DNA. Experience also helped me.

“I’ve changed teams in Formula 1 three times now and I know how big this task is. That’s why I didn’t underestimate it.

“I had my low points when I changed from Toro Rosso to Renault and Renault to McLaren. It can take a few races to get to grips with a new car and get the maximum out of it.

“I’ve talked about this before with my previous changes, but no one really believed me. Everyone said you have to be able to do that as a Formula 1 driver. You always change teams.

“But it’s only now that people have really become aware of it, because four or five people have changed teams and weren’t as fast as their team-mates.

“Now everyone has understood that it’s not that easy. Especially when you’re racing against colleagues who know the team and the car well.”