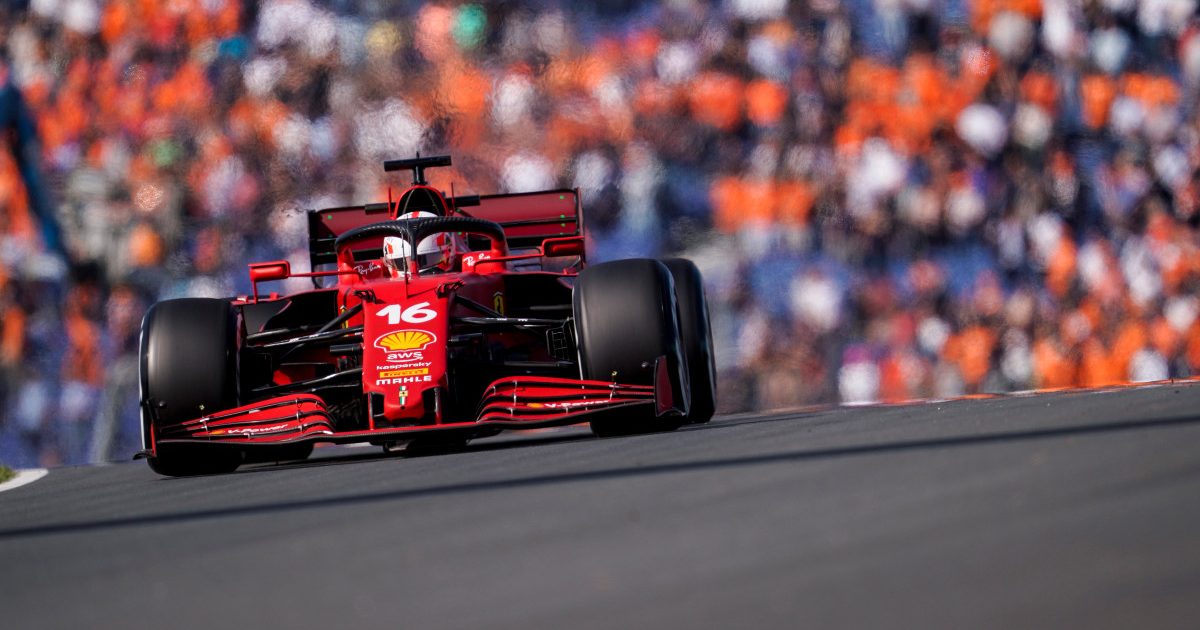 One-lap pace is a big positive for Ferrari at Zandvoort, but they are less confident about transferring that into race pace.

The Scuderia have already looked strong around the streets of Monaco and Baku this season, so it was little surprise to see them impressing again around the tight Circuit Zandvoort.

Perhaps the extent of their heroics was an eye-opener though, with Ferrari finishing Friday practice in P1 and P2.

Charles Leclerc topped FP2 ahead of team-mate Carlos Sainz, and although Red Bull’s Max Verstappen would likely have found a few extra tenths on his P5 time with a clear run, Ferrari nonetheless looked impressive.

However, their ambassador and ex-F1 racer Marc Gene revealed that Ferrari have concerns over their long-run pace.

“That’s not our position because after the long run, it resized us a bit. What makes you think a bit are the fuel loads and the engine modes,” he told Sky Italia.

“But, yes, on the fast lap [with] soft tyres, Ferrari is very strong, and here that matters a lot.”

What a track ! Love it.
Positive first day but still quite a bit of work for tomorrow. Let’s do thisss ! pic.twitter.com/h9sJzzLFk3

As spectacular as Zandvoort looks, there are fears that it may not allow for much overtaking, and Gene indeed confirmed that qualifying is Ferrari’s focus when it comes to their setup.

“Yes, obviously yes, on this track, like Monaco, you have to give everything in qualifying,” he confirmed.

“Today I saw Turn 3 where I was, a beautiful place for me, Turn 3 today for me is at the level of Eau Rouge, at least as a feeling from the outside.

“There the Ferrari was flying, you saw the traction it had. Instead in the long run I saw visually Red Bull were stronger and also Mercedes stronger.

“So I can’t tell, it’s the variables, how much weight, how much fuel. But in qualifying on the single lap, the Ferrari at that corner was really something special.”

And so from his observations, while Gene does not believe that Red Bull looked particularly strong on their qualifying runs, he expects Verstappen to come strong across a race distance.

“I don’t see Red Bull as fast as Mercedes on the single lap, then in the long run Red Bull went very fast,” said Gene.

“But when I see [Valtteri] Bottas who is always there and [Sergio] Perez not often, it seems to me like it’s a bit Verstappen that makes the difference.”