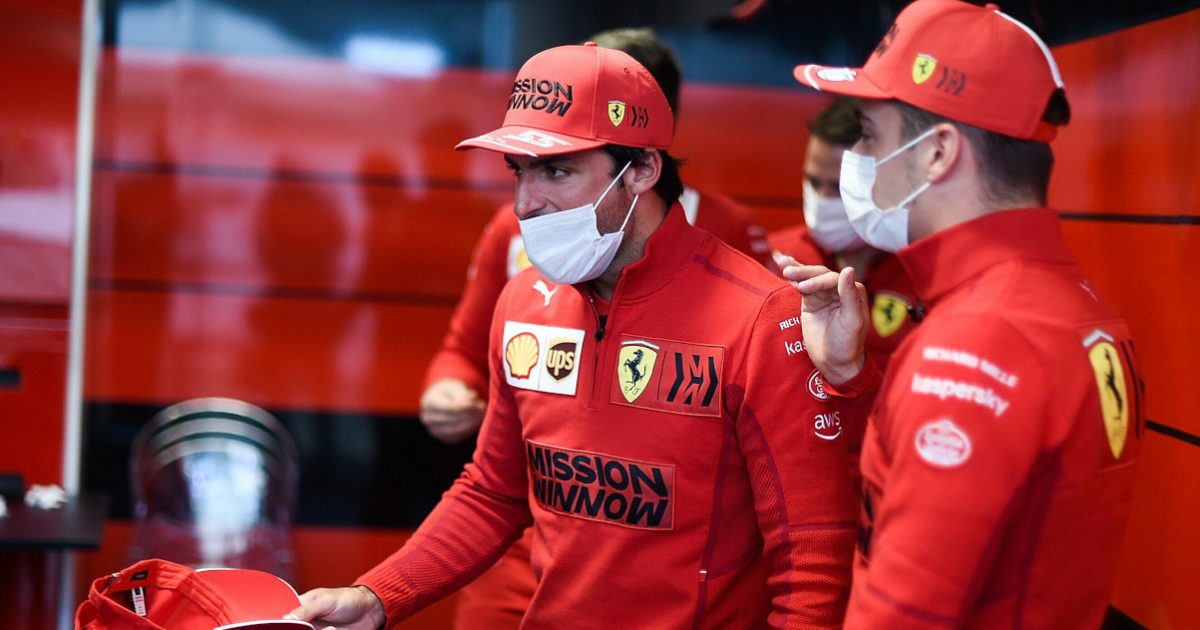 Having edged ahead in the battle for third in Mexico, Charles Leclerc is wary of a McLaren fight-back at this weekend’s Brazilian GP.

Last time out at the Mexican Grand Prix, Ferrari scored 18 points to McLaren’s one, turning their deficit in the race for third place in the Constructors’ Championship into a 13.5-point advantage.

It was a good result for the Scuderia even though team boss Mattia Binotto was a bit concerned that their gap to the top-two teams, Red Bull and Mercedes, grew at a track where he expected it should shrink.

But while Ferrari’s ultimate goal is to get back on the pace of the leading duo, this season’s immediate target is beating McLaren to third place.

With four races to go, 107 points in play, anything could yet happen as Ferrari and McLaren have been neck-and-neck for much of the season, even going into the summer break tied on points.

McLaren moved out to a 17.5-point lead after the Russian Grand Prix with Ferrari beginning to claw that back in Turkey, the first of three races in succession in which they have outscored McLaren.

Leclerc though, reckons it is the Woking team who could come out tops at this weekend’s Brazilian Grand Prix.

“Not much really,” he told the official F1 website when asked if felt confident about Ferrari’s points buffer.

“We still need to do everything perfect, it’s still really close. We expect McLaren to be strong, if anything a bit stronger than us here.

“We really have to focus on ourselves, have to do everything perfect until the end of the season, but it’s true we are also in a good time for the team.

“We’ve progressed quite well in the last five, six races which is good and we [closed] back the distance which there was between McLaren and us so it’s looking good.”

His team-mate Carlos Sainz agrees that McLaren could have the upper hand at the Interlagos circuit, Ferrari’s number crunching suggesting it could be by half a tenth of a second.

“Our numbers say so, that’s why Charles I guess mentioned it,” he said.

“We have our simulations and our expectations from the sims and due to track characteristics and all that we put them something like half a tenth ahead of us – not much more than that.

“Now… it could be a tenth here or a tenth there, up or down. It should be tight, that’s for sure, and I think it makes it more exciting and obviously with the podium of Gasly in 2019 [in Brazil], AlphaTauri should also be in the mix,” he explained.

“It’s so tight that I think it’s going to be a great battle until the end of the year.”