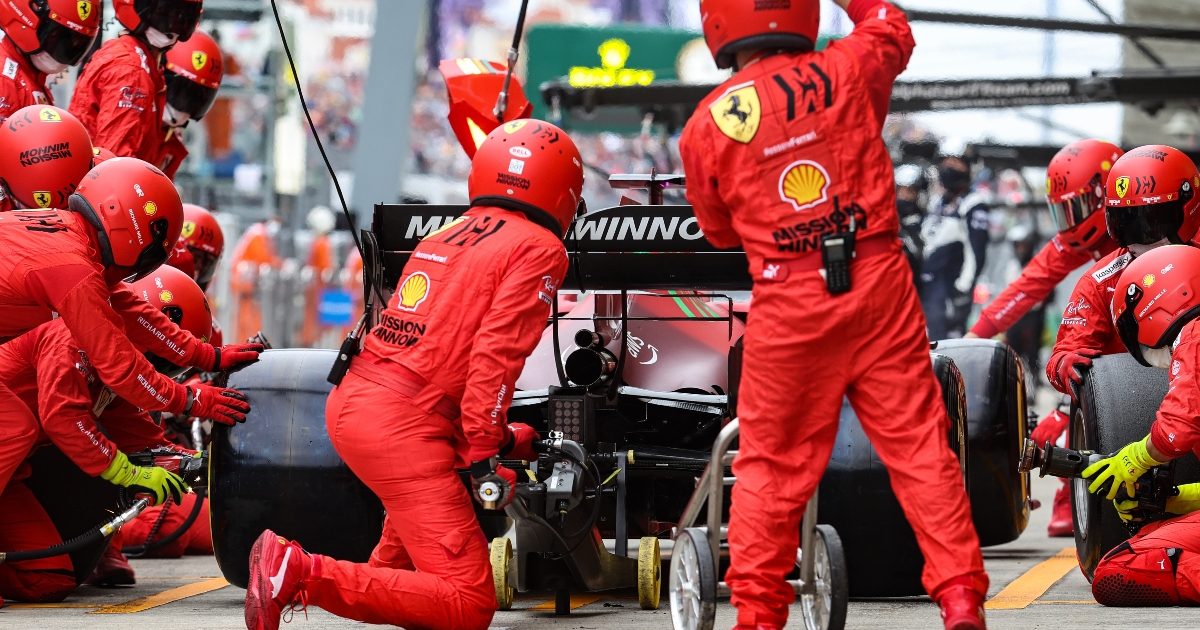 Ferrari are reportedly “on the way back to the top” of the field thanks to huge gains brought by their new power unit.

The Italian team introduced their upgraded power unit at the Russian Grand Prix, fitting it into the car of Charles Leclerc who played down the difference it would make.

“Obviously whenever we have something that is a little bit better, we try to bring it on-track,” he told reporters in Sochi.

“We expect it to be a little bit better. We don’t expect any big, big changes, but something that goes in the right direction.”

After first using it though, he stated it felt better than the previous unit and that the difference in performance was noticeable.

Micahel Schmidt, a journalist for Auto Motor und Sport, has heard talk it has actually given the team a boost of up to 15 more horsepower.

“Ferrari has said the experiment was successful,” he said on the publication’s YouTube channel.

“The new PU has delivered what was expected. Obviously they play it down, but they always say that.

“Rumours say the gain is between 10 and 15 horsepower.”

According to Schmidt, a huge amount of changes have been made in multiple areas, with the MGU-K, battery and electronics all brand new and the system being changed from 400 to 800 volts.

He believes that with such upgrades, the Scuderia are very much on their way back to the top of the field at last and will get there if they stay on the same path next year.

“Ferrari is on the way back to the top, especially if they now gain in power,” he said.

“Next year they will probably be able to change the combustion engine, the MGU-H and the turbo-charger again.

“They have already shown this year they are on the right path and I think if Ferrari manages to make a similar step next year, they are also engine-wise back on the level of Mercedes and Honda.”

That would be a huge boost for Mattia Binotto and co, with their engine being their main weakness since they were found to be breaking rules in that department back in 2019.

Even without the upgrade though, Carlos Sainz still managed to finish on the podium last time out in Russia.