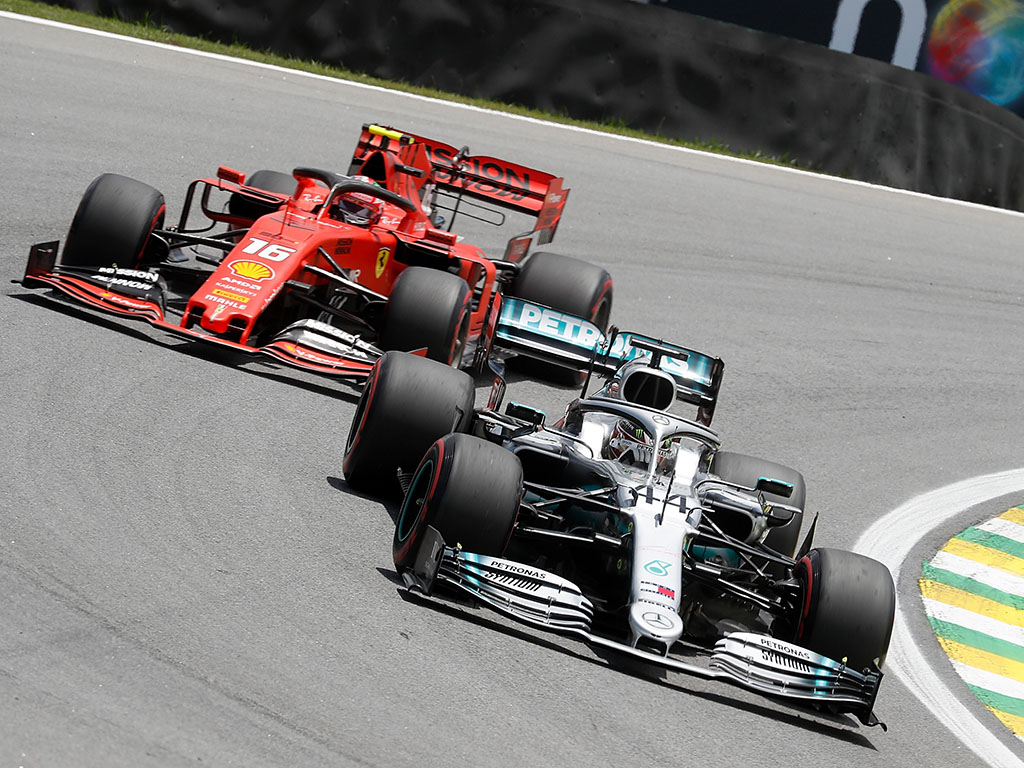 Ferrari boss, Mattia Binotto, noticed that Lewis Hamilton seemed to be struggling with his tyres during Brazilian Grand Prix qualifying.

Hamilton never looked like threatening for pole position at Interlagos and had to settle for P3 on Sunday’s starting grid after finishing 0.191s off the pace set by the dominant Max Verstappen in qualifying.

Ferrari’s best chance of success appears to be with Sebastian Vettel starting from P2, but Binotto believes Verstappen is the favourite for victory.

He also spotted that Hamilton seemed to be having issues with tyre management throughout the qualifying session.

“Verstappen is the favourite, he has the best car but we are all close, including Mercedes,” Binotto told Sky Sports Italy.

“Well in the past races we struggle a lot with the tyres, we noticed that Hamilton had some problems today so let’s see what happens.

“The track has changed a lot, it changed today compared to Friday and I believe it will change a lot before tomorrow.”

Binotto felt that a P1 time was possible for Charles Leclerc, but he would have fallen 1o places anyway due to engine penalties coming his way.

“Charles on the medium tyre was doing better but I think that with the soft tire he could have made pole position,” Binotto added.

“But he made little mistakes. Anyway, second and forth is not bad. I am sorry for Charles and that he will have to start far behind, but with the mediums, he will do a longer first stint and we hope he will do well.

“We didn’t try for pole on the medium tyre as it was really important to save them for tomorrow [Sunday], because you never know what can happen here.”