Home News Ferrari change engines on both cars after failure 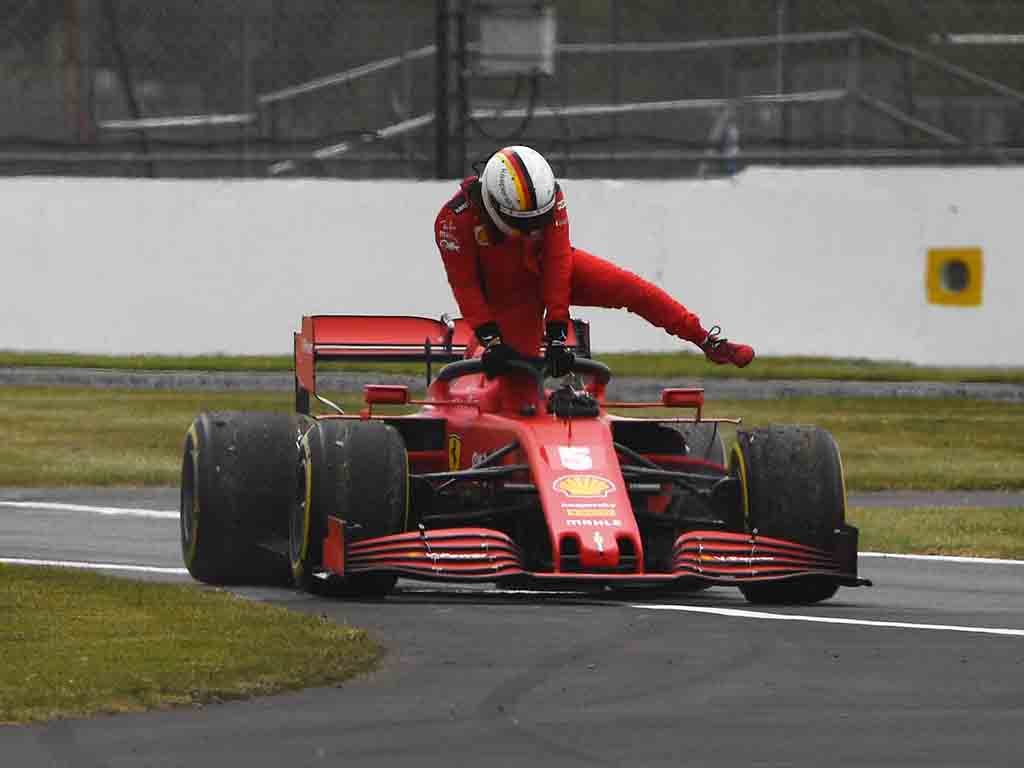 Ferrari has taken some precautionary measures on both SF1000 cars following Sebastian Vettel’s engine failure ahead of the 70th Anniversary Grand Prix.

Vettel has not had the greatest of times at Silverstone over the course of the last two weeks and his woes continued in second practice on Friday afternoon when his engine went pop going through Copse in the closing stages of the session.

There was quite a substantial oil leak as a result and, after the car returned to the garage, Ferrari has fitted new power units to both his car and Charles Leclerc’s SF1000 as well.

“After yesterday’s engine failure on Seb’s car, as a precaution we have changed Charles’ power unit,” a Ferrari spokeswoman said.

“This is also penalty free as we have not exceeded the number of components allowed in the regulations.”

That translates to a new engine, turbo and MGU-H fitted to both cars.

Vettel was asked about the engine failure after the session and said: “It was very sudden, and obviously a failure.

“So now we have to see what it is, but it will probably take a couple of days, because the engine will get shipped back and then analysed.”

Problems for Seb in FP2, as his Ferrari came to a halt

Elsewhere in Vettel’s world, he has made the strongest hint yet that he has agreed a deal to join the Aston Martin team once his Ferrari contract expires at the end of the season.

“In a way, I’ve made my decision. Now it will show whether something sensible will come together or not,” said Vettel.

“It will take a few more weeks, nothing will change today. I don’t see why I have to be put under pressure.

“If the right project comes around the corner, I believe I still have a lot to give. If that is not the case, I am not interested in just continuing just to be there. What is on the pay cheque is less important.”