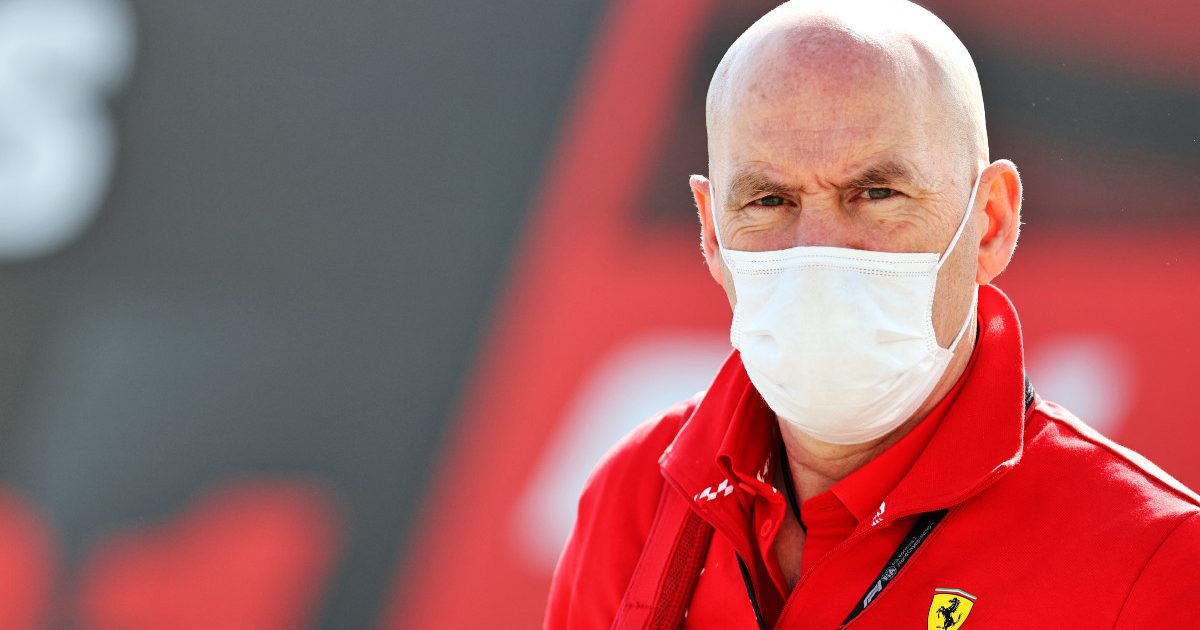 Ferrari’s driver coach Jock Clear expects they will be “in the mix” come 2022, but a matter of tenths could make them P1 or P5.

The Scuderia are plotting a route back to winning ways in Formula 1 and see 2022 as their best opportunity when a new generation of cars will arrive, designed to bunch up the pack and promote overtaking.

Whether or not that will be achieved in the first season remains to be seen, and Clear stressed it is impossible to know how rival teams will perform.

“It’s impossible to predict,” he said when asked how Ferrari are looking for 2022 while appearing on the Beyond the Grid podcast.

“You are asking me to go outside of my comfort zone. I spend a lot of my time talking to drivers, F1 drivers and our academy drivers, about objective expectations.

“So if you ask me where is my confidence level, I’d say relatively high because I see good things going on. I see a lot of development in the right areas. I see a lot of honesty and objective views of where we are and where we have gone wrong.

“Where that puts us in the pecking order really depends on technically what other people come up with and what we come up with.”

But Clear said this does not give them the right to expect success, especially since the efforts to tighten up the grid were something they supported.

And so, in a new era of Formula 1 where competition is the aim, Clear suspects two-tenths could decide whether Ferrari are the fastest or fifth fastest team.

“You may say ‘we are Ferrari, for God’s sake, surely you should be at the front’,” he said.

“I think we are all learning now, with the way the sport is and the level all the teams are at, these teams are separated by a tenth.

“And we will be in that mix for sure. But it will be desperately close, unless we see something technologically that someone is like ‘oh yeah, never thought of that, maybe we should have done that’.

“But you can’t know whether that will happen. If you look at where all the teams are, you have to just have huge respect for all of them at the moment. They are very capable and that’s a testament to the sport itself, that’s how it should be.

“In one breath we are all working very hard, with F1, with Ross [Brawn, managing director] and Stefano [Domenicali, F1 president] to get the sport to a point where it’s competitive at all levels.

“That you can come in as an Aston Martin, as an AlphaTauri and you can compete with the front-runners, that’s what we want, that’s actually what we’ve been working towards.

“So I can’t then sit here as a Ferrari guy and say ‘well obviously we should be miles better than them because they are small teams’.

“No, there are no small teams now because that’s the way we’ve created the sport, that’s what we wanted and that’s what we’ve got, go figure.

“And we all should embrace that, and in embracing that I’ve got to sit here and say if we are a tenth-and-a-half, two tenths off, we could be the fifth quickest car and that’s not where we want to be.

“But if we’ve got it right by a tenth-and-a-half we’ll be on pole, and that’s where we want to be, and I think that’s how tight it will be.”