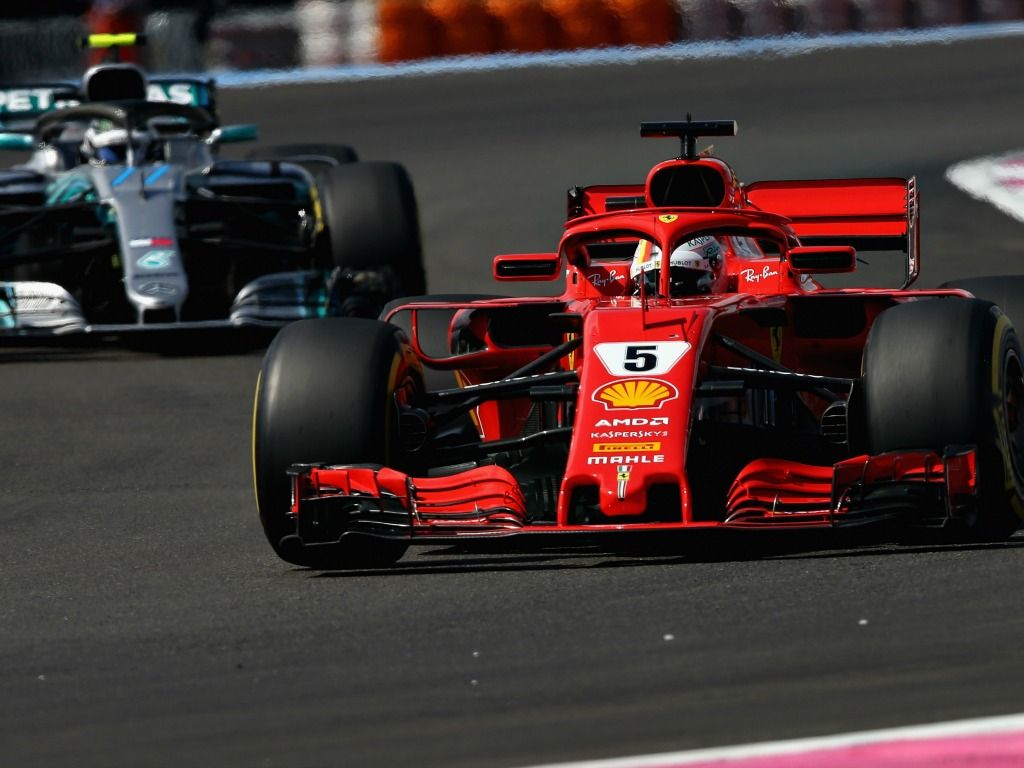 Ferrari are ready to roll out an update of their own following back-to-back upgrades from Mercedes.

The Silver Arrows unveiled their ‘Spec 2.1’ engine at the French Grand Prix before introducing new aerodynamic updates the following week in Austria.

Although both Lewis Hamilton and Valtteri Bottas retired from the Austrian Grand Prix, the upgrades did initially help Mercedes lock down the front row in the previous two races.

But now Ferrari are hoping for improved performance through the high-speed corners at Silverstone with a brand-new floor.

Unexpected high temperatures and the return of Pirelli’s thinner tread of tyre for the British Grand Prix weekend puts more emphasis on a balanced car.

The new floor will be trialled in Friday’s practice sessions before a final decision is made on whether to keep it in place for qualifying and the race itself on Sunday.

And Red Bull boss Christian Horner feels tyre degradation could have a big role to play at Silverstone.

“Last year we had Kimi [Raikkonen] have a tyre blow out, and Sebastian [Vettel] blew a tyre as well,” said Horner via Autosport.

“So they have introduced this new construction of tyre for the new-surface races, and that has suited Mercedes incredibly well.

“Barcelona and Paul Ricard [where the new tyre was used] were both tracks where they have had wins.

“You can see why Toto [Wolff] has been campaigning to keep this tyre for the rest of the year.

“I think that they [Mercedes] will be very strong at Silverstone, but the temperatures if this heat wave continues; we see that these tyres are very sensitive to heat. That could be a really interesting variable thrown into the mix.